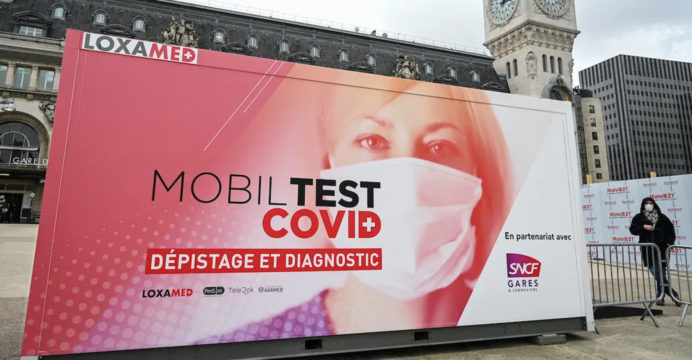 France recorded its highest daily number of coronavirus cases in nearly four months on Wednesday, with the hard-hit Paris region bracing for a possible weekend lockdown to stem the rising tide of cases.

In the past 24 hours, 38,501 new infections were registered, up from 29,975 the day before, and the highest number since November, the public health authority said.

The “positivity” rate — the proportion of positive results compared to the number of tests carried out overall — remained stable at 7.5 percent, but the number of people in intensive care declined slightly to 4,219, the data showed.

The Ile-de-France region, which includes Paris, accounted for more than a quarter of those intensive care cases.

The number of deaths from Covid-19 over the past 24 hours in France as a whole stood at 246, bringing the country’s overall total to 91,427.

On Tuesday, Prime Minister Jean Castex had said that new restrictions could be put in place for the Paris region, such as the weekend lockdowns already imposed in the Nice and Calais regions.

“We are in a worrying and critical situation and, clearly, measures of the type that have been used in other parts of the territory are on the table,” Castex said. 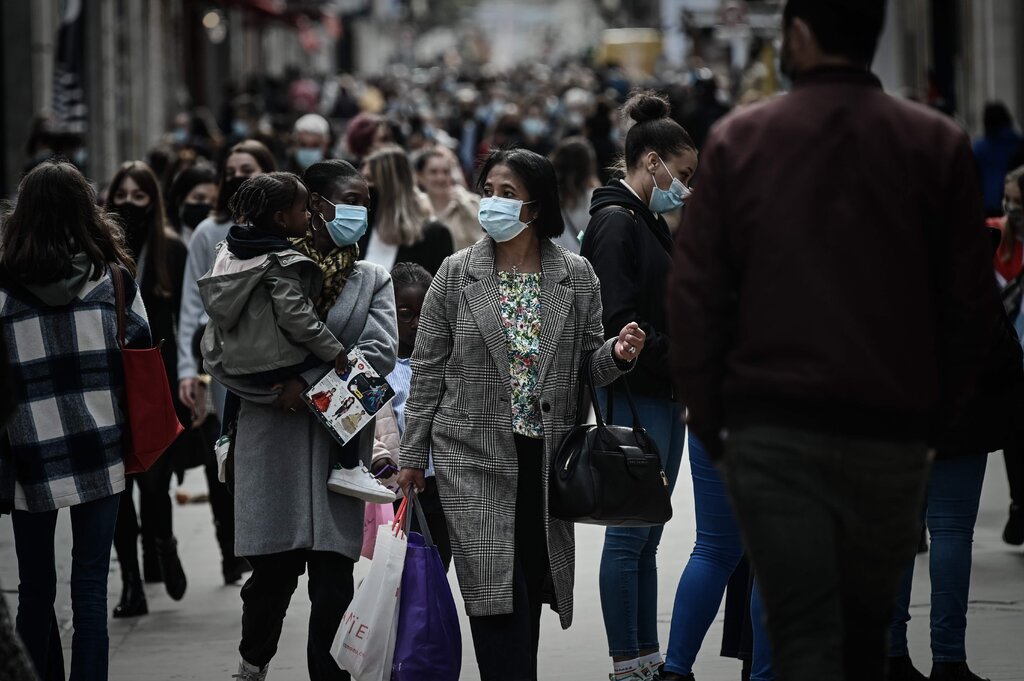 The dramatic spike in cases on Wednesday could strengthen the case for a new lockdown, even if schools are likely to remain open, government spokesman Gabriel Attal said following a cabinet meeting.

Castex is scheduled to reveal the details of the new measures on Thursday.

On a visit to a hospital outside Paris on Wednesday, President Emmanuel Macron said any new measures would be “proportionate” and be made on a territorial basis.

“We will make the decisions that need to be taken,” he said.

France is currently trying to ramp up its vaccination campaign, despite the temporary suspension of the British-Swedish AstraZeneca jab pending a ruling on Thursday by the European Medicines Agency on its possible side effects.

In all, just over 5.5 million people in France have had at least one vaccine shot and nearly 2.4 million have received both doses, official data show.