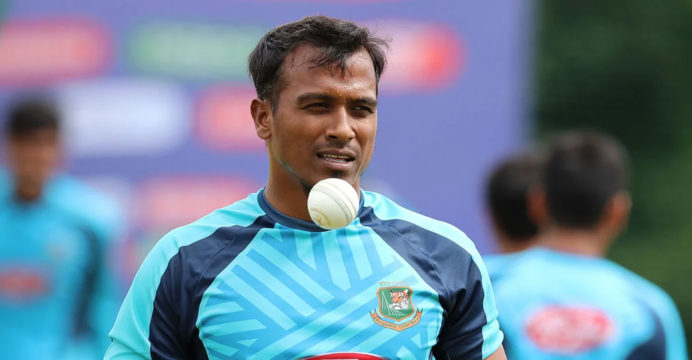 Bangladesh fast bowler Rubel Hossain was optimistic to break the defeat curse in New Zealand this time, stating that they are more confident than the previous time and they have the ability to
turn the things around.

Bangladesh failed to win any game in New Zealand despite playing 26 matches (13 ODIs, 9 Tests and 4 T20s) across the format.

Rubel also asked some questions to the young pacer Shoriful who is touring the country for the first time in his life.

According to Shoriful, he needs to maintain the right line and length if he wants to be successful in this wicket.

“Wicket looks very good and high scoring. If you give width, you will be punished, so you have to maintain the right line and length,” Shoriful said.

Shoriful also revealed his plan to Rubel saying that he will try to bowl wicket to wicket and swung it subtly.

“The preparation is good but I know it will be tough because New Zealand is always very strong at their den. I will try to execute the plan well.”

Bangladesh will play a three-match ODI series, which is the part of ICC ODI Super League and as many T20 Internationals in this tour.

The Tigers will play the first ODI against New Zealand on March 20 at the University of Otago in Dunedin. The second ODI is on March 23 at Hagley Oval in Christchurch and the third ODI is at Basin Reserve in Wellington on March 26. The first and third ODI will start at 4 am (Bangladesh Time) and the second one will begin at Bangladesh Time 7 am.