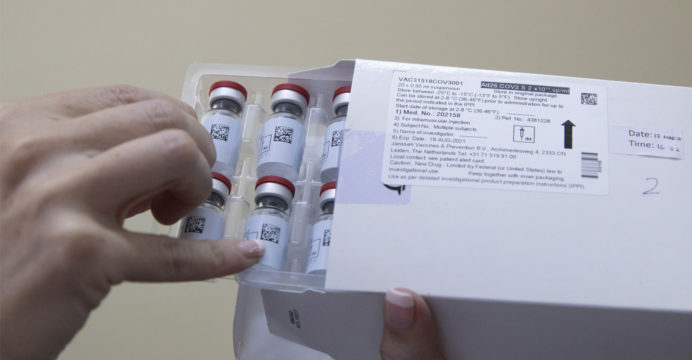 J&J’s vaccine was got approved by the WHO

The World Health Organization (WHO) has approved a single dose of the Johnson & Johnson corona vaccine for emergency use. This approval was given on Friday.

The WHO’s approval paved the way for Johnson & Johnson’s Corona Ticker to be included in the World Health Organization’s vaccine distribution project COVAX. The WHO launched the project last year in partnership with Gavi, an international vaccine distributor, to ensure that corona vaccines are available to developing and economically backward countries.

From the end of last year and the beginning of this year, the developed countries of the world have started mass immunization programs. However, most developing countries have not yet started this program due to a lack of adequate vaccine doses.

Johnson & Johnson’s Corona vaccine has been a blessing for these countries for a number of reasons. First, this vaccine is one dose. Second, the corona resistance of this tick is no less than that of other tickers on the market, and third, it is possible to store Johnson & Johnson ticker doses for up to three months in a normal refrigerator.

“A new vaccine is becoming more widely available,” WHO chief Tedros Adhanam said in a statement on Friday approving the Johnson & Johnson vaccine. This is good news for countries that have not yet started mass immunization programs due to a lack of adequate vaccine doses. Our hope is that this vaccine will solve the disparity in vaccine dosage that has been created in different countries of the world. ‘

He added that the WHO would form an advisory committee next week to draw up guidelines for the use of the vaccine.

Johnson & Johnson has already agreed to vaccinate 500 million doses of the World Health Organization’s Covax project. Besides, an agreement has been reached with the United States to supply 200 million doses of vaccine. Johnson & Johnson has already entered into a partnership agreement with their one-time rival Merck to produce this amount of vaccine in the shortest possible time.

WHO senior adviser said. Bruce Aylard told the New York Times: “We expect to receive the dose of the vaccine by next July. As soon as they reach us, Covax will start working on a new venture. ‘