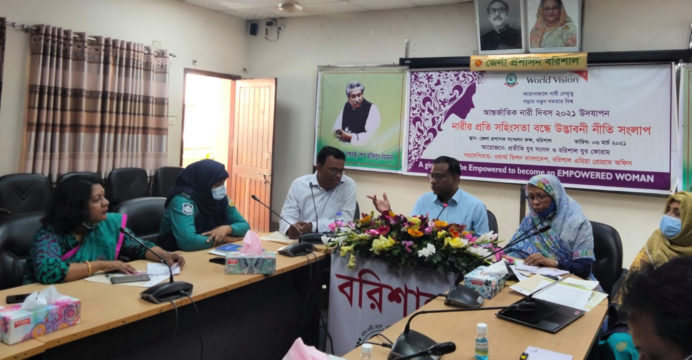 It is necessary to change the patriarchal mentality and meditation concept to stop gender-based violence against women and children. Women are being harassed, harassed, and harassed on a daily basis, whether they are educated or uneducated, at home or outside, whether they are young or old.

Therefore, there is a need to change the outlook in society, and it has to start from the beginning. It is not possible to stop this violence unless there is public awareness as well as effective enforcement of the law. In addition to adopting innovative policies, we have to take concerted initiatives to reduce violence by involving men and religious leaders.

With the motto of ‘Women Leadership in Coronation, Building a New Equality World’ in front of us, Deputy Director-General of Local Government Md. On the occasion of International Women’s Day, Barshil Youth Forum and Pratik Youth Parliament organized the dialogue in collaboration with the development organization World Vashin Bangladesh.