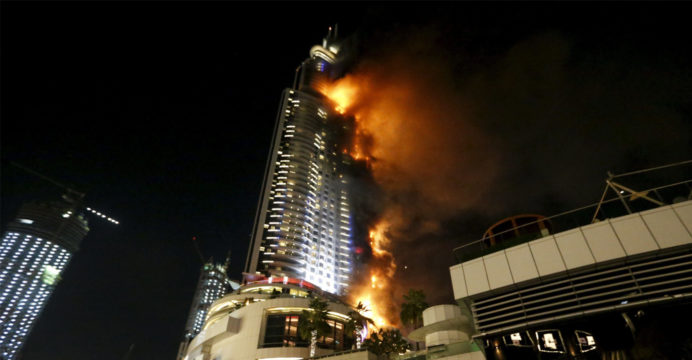 A huge fire engulfed a 26-story office block in northern China Tuesday, with TV footage showing burning chunks of cladding falling off its facade, although no casualties were reported.

Authorities were investigating the cause of the blaze, which broke out early in the morning in Shijiazhuang city near Beijing and spread rapidly, eating into the insulation material on the outside of the tower.

The fire has been brought under control, and no casualties have been reported so far, China’s national fire safety authority said in a social media post.

Footage from state broadcaster CCTV showed a massive plume of smoke rising from the tower while burning debris fell onto the street below.

The post was accompanied by a video that showed the aftermath of the fire, with one side of the tower almost completely blackened, while smoke continued to rise from the building.

Other videos circulated by users on the Twitter-like Weibo platform appeared to show towering jets of water sprayed by fire engines onto the upper floors of the building as the fire raged.