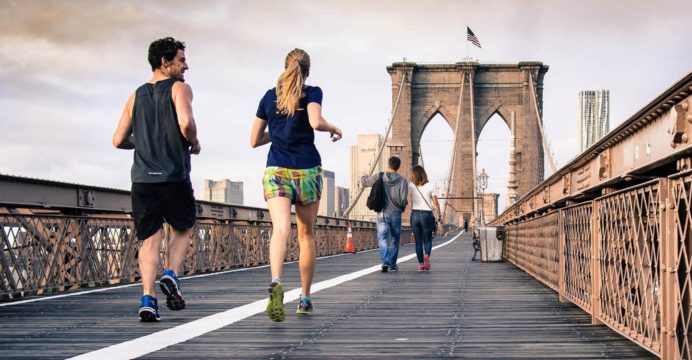 Regular physical activity is an effective strategy to prevent T2D, including for people in polluted areas, study shows

The study, which is the first to investigate the combined effects of physical activity and pollution exposure on type 2 diabetes risk, is by Dr Cui Guo and Professor Lao Xiang Qian, Faculty of Medicine at the Chinese University of Hong Kong, Hong Kong SAR, China, and Dr Hsiao Ting Yang, Institute for Risk Assessment Sciences, Utrecht University, Utrecht, the Netherlands, and colleagues.

In this study, the authors investigated the combined associations of regular physical activity and chronic exposure to ambient particulate matter with a diameter less than 2.5 ?m (so called PM2.5 particles) with the incidence of type 2 diabetes in 156,314 adults who had undergone a total of 422,831 medical examinations in Taiwan, where the annual PM2.5 concentration is around 2.6 times higher than the WHO recommended limit.

Diabetes diagnoses were identified from medical examinations, while two-year mean PM2.5 exposure was estimated at each participant’s address using a satellite-based model. Information on physical activity and a wide range of other variables was collected using a standard self-administered questionnaire.

Regarding potential mechanisms, the authors say the metabolic improvements caused by physical activity, that prevent development of diabetes, have been extensively discussed. Pollution could exert its effect by causing system-wide inflammation, including in the lungs, blood vessels and central nervous system. A previous study also showed that pollutants inhaled during exercise are only a small fraction of those inhaled overall by a person, which could explain why the effect of physical activity on diabetes risk is similar even in different levels of pollution.