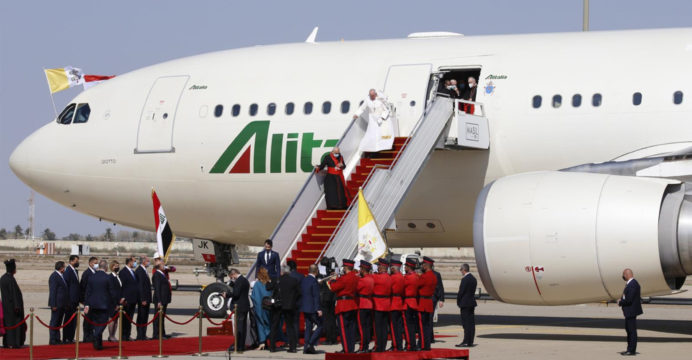 Pope Francis begins the second day of his historic Iraq visit on Saturday with an extraordinary meeting with Grand Ayatollah Ali Sistani, the top authority for the country’s Shiite Muslims.

The 84-year-old pontiff is defying the second wave of coronavirus cases and renewed security fears to make a “long-awaited” trip to Iraq, aiming to comfort the country’s ancient Christian community, while also deepening his dialogue with other religions.

Having spoken to the faithful in Baghdad on Friday, Francis will travel to the Iraqi shrine city of Najaf early on Saturday to see 90-year-old Sistani.

The two will meet at 9 a.m. (0600 GMT) in Sistani’s humble home in one of Najaf’s tiny alleyways, with no press allowed, as the Grand Ayatollah is almost never seen in public.

The visit is one of the highlights of Francis’ four-day trip to war-scarred Iraq, where Sistani has played a key role in tamping down tensions in recent decades.

It took months of careful negotiations between Najaf and the Vatican to secure the one-on-one meeting. 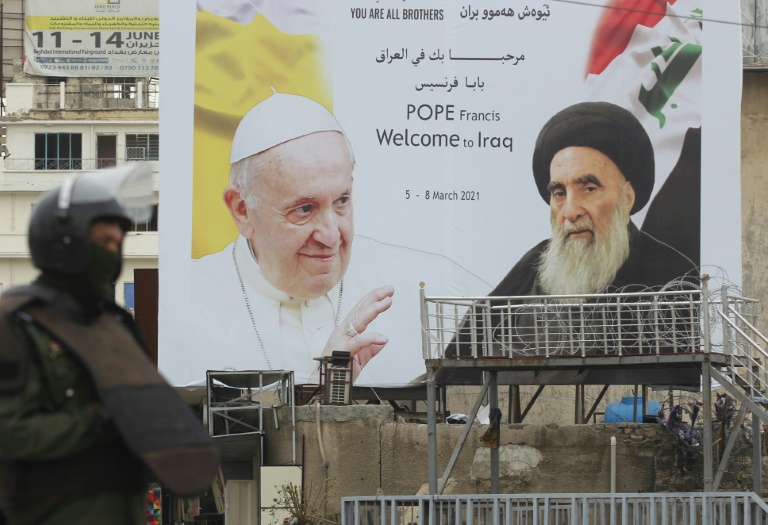 “We feel proud of what this visit represents and we thank those who made it possible,” said Mohamed Ali Bahr al-Ulum, a senior cleric in Najaf.

On his arrival, the Pope will be greeted by posters featuring a famous saying by Ali, the fourth caliph and the Prophet Mohammed’s relative, who is buried in Najaf.

“People are of two kinds, either your brothers in faith or your equals in humanity,” read the banners.