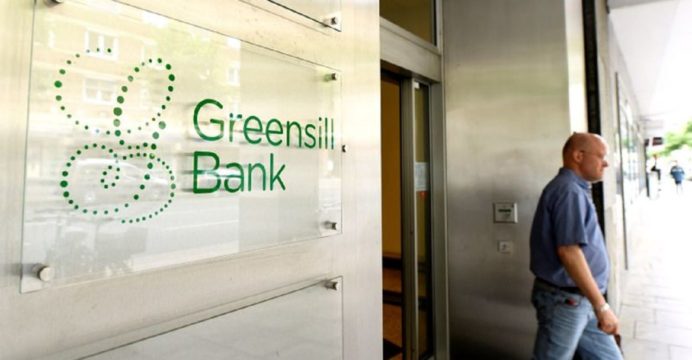 Greensill reportedly on the brink of bankruptcy

Troubled UK finance firm Greensill is reportedly on the brink of bankruptcy — a development which would send shockwaves through the sector, ensnaring clients and risking up to 50,000 jobs worldwide.

Greensill specialises in short-term supply chain financing to provide capital for businesses around the world, but now faces mounting questions over its opaque and complex accounting methods, reports BSS.

The London-headquartered finance firm, founded in 2011 by Australian Lex Greensill with activities spanning Australia and the United States, is preparing to file for insolvency according to the Financial Times and Bloomberg News.

However, an industry source told AFP that private equity firm Apollo Global Management Fund and partner Athene were nearing a rescue deal that could provide $100 million in new financing.

The company was plunged into fresh crisis on Monday when lender Credit Suisse suspended $10 billion in funds after discovering that $4.6 billion of insurance underpinning Greensill contracts had expired.

Credit Suisse blamed “considerable uncertainties” over valuation of assets — and on Friday it began winding down some funds to redistribute cash to investors.

In another heavy blow, on Wednesday Germany’s financial watchdog froze the operations of Greensill’s German banking subsidiary, citing an “imminent risk” of over-indebtedness.

The public prosecutor’s office in Bremen told AFP that it has begun a preliminary probe.

German media reported that regulator Bafin has filed a criminal complaint against Greensill Bank over allegations it falsified balance sheets.

Bafin on Wednesday froze payments in and out of Greensill Bank, essentially closing it down.

It also expressed concern about accounting irregularities, including dealings with the GFG Alliance Group headed by Indian-British billionaire Sanjeev Gupta.

“During a special forensic audit, Bafin found that Greensill Bank AG was unable to provide evidence of the existence of receivables in its balance sheet that it had purchased from the GFG Alliance Group,” Bafin said.

A collapse of Greensill Bank would also have big consequences for the investments of local authorities. For example, the German town of Monheim am Rhein could potentially lose 38 million euros or 1,000 euros per inhabitant.

The bank — whose total assets amounted to 4.5 billion euros at the end of 2020 — describes itself as a refinancing institution for its parent group.

The worsening Greensill crisis dates back to March 1 when Australia’s New South Wales’ Supreme Court dismissed its claim against insurer Tokio Marine, which had withdrawn cover for the $4.6 billion of loans issued to Greensill’s customers.

Greensill’s lawyer, in a filing, had warned of “catastrophic” consequences if the cover was not renewed.

The group would be unable to provide funding to clients who are “likely” to become insolvent.

As a result, more than 50,000 jobs, including over 7,000 in Australia, may be at risk across both the group and its customer base, the lawyer warned.

Both Greensill and Tokio Marine have not responded to requests for commentfrom AFP.