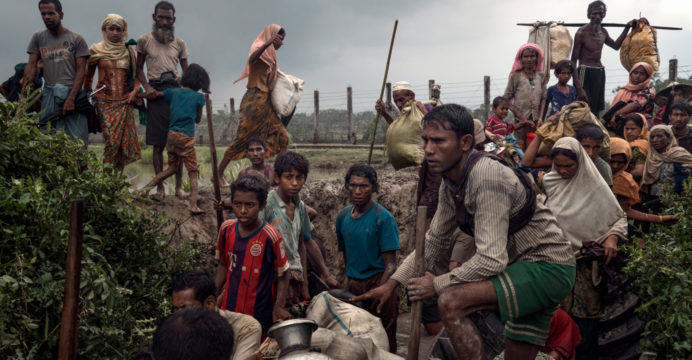 OIC to continue its support for ICJ case over Rohingya genocide

The Organization of Islamic Cooperation (OIC) has said it will remain beside Bangladesh in resolving the Rohingya crisis as well as continue its support regarding Rohingya genocide case with International Court of Justice (ICJ) filed by Gambia, reports BSS.

The pledge was made while a high level OIC delegation led by its Assistant Secretary General for Political Affairs Youssef Aldobeay called on Foreign Minister Dr A K Abdul Momen at foreign ministry here.

During the meeting the OIC delegation profoundly appreciated Bangladesh government for the humanitarian assistance provided to more than 1.1 million forcibly displaced Myanmar nationals.

They applauded the initiatives taken by Bangladesh in relation to Bhashan Char and commended the role of Prime Minister Sheikh Hasina, referring her as the “Mother of Humanity”.

The foreign minister briefed the delegation on the overall construction of Bhashan Char’s infrastructure which will now be used as a relocation center for around 100,000 Rohingya.

He urged the OIC to strengthen its efforts in relation to early repatriation of the Rohingya people who are currently taking shelter in Bangladesh.

Referring to his recent visit to the USA, the foreign minister mentioned his proposal to the US Secretary of State to appoint a Special Envoy on Rohingyas who will focus on Rohingya issue and coordinate their efforts for their repatriation. 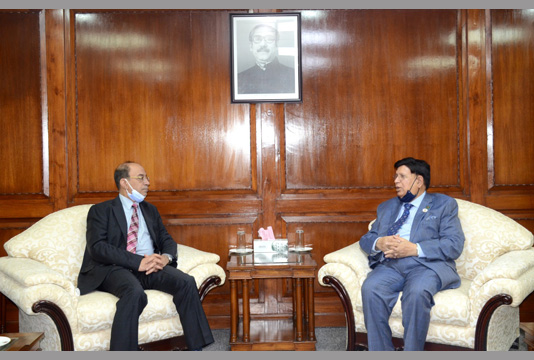 The OIC delegation also called on state minister for foreign affairs Shahriar Alam where the junior minister said safe, dignified and sustained repatriation of Rohingyas to their homeland Myanmar as the only viable solution to end this humanitarian crisis.

Alam also called upon the OIC Member States to continue to stress on Myanmar to take back their nationals.

He urged the OIC delegation to encourage the OIC member countries to contribute to the ‘OIC Fund for Rohingya’ to enable Gambia continuing the case with the ICJ for reaching out an early and decisive decision regarding the crisis.

Earlier, the OIC delegation had a meeting with the Foreign Secretary Masud Bin Momen at his office and expressed their views regarding their visit to the Rohingya camps in Bhashan Char and Cox’s Bazar.