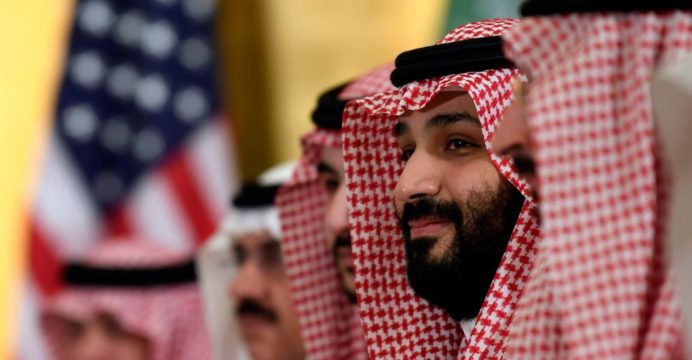 The prince, who is de facto ruler of the US ally and oil provider, “approved an operation in Istanbul, Turkey to capture or kill Saudi journalist Jamal Khashoggi,” said an intelligence report newly declassified by President Joe Biden’s administration.

The report said that given Prince Mohammed’s influence, it was “highly unlikely” that the 2018 murder could have taken place without his green light. The killing also fit a pattern of “the crown prince’s support for using violent measures to silence dissidents abroad.”

Khashoggi, a US resident and critic of Prince Mohammed who wrote for The Washington Post, was lured to Istanbul’s Saudi consulate in October 2018, then killed and cut into pieces.

The Treasury Department announced it was freezing assets and criminalizing transactions with a former intelligence official as well as the Rapid Intervention Force, an elite unit the report said “exists to defend the crown prince” and “answers only to him.”

After the report was released, Biden said that “we are going to hold (Saudi Arabia) accountable for human rights abuses… it is outrageous what happened.”

But the United States stopped short of directly targeting the 35-year-old crown prince, known by his initials MBS.