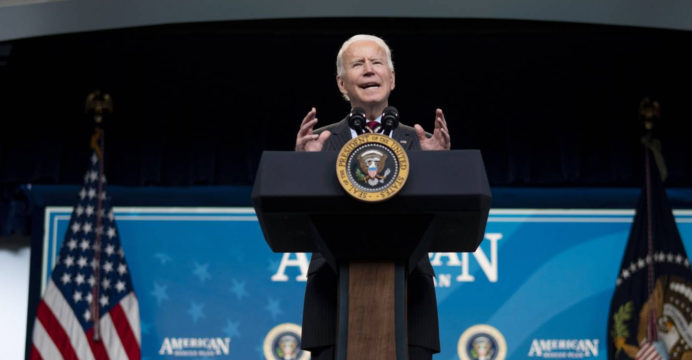 Biden says US air strike in Syria a warning to Iran

POTUS Joe Biden stated on Friday that a US airstrike against an Iranian-backed militia in eastern Syria, the first since he took office, should be seen by Iran as a warning, reports BSS.

Asked what the message was from the airstrike, Biden responded: “You can’t act with impunity.”

“Be careful,” he added, speaking in Houston during a tour of relief efforts after a huge winter storm in Texas.

Syria and Iran on Friday condemned the attack with Damascus calling it a “bad sign” from the new Biden administration and Tehran saying it would further destabilize the region.

Pentagon spokesman John Kirby announced two F-15E “Strike Eagles” dropped seven precision-guided munitions on Thursday on facilities in eastern Syria used by the militias believed to be behind a spate of rocket attacks on US troops in Iraq.

Iranian foreign ministry strongly condemned what it called “illegal attacks” that are a “clear violation of human rights and international law.”

The airstrikes would lead to “intensifying military conflicts and further destabilize the region,” the foreign ministry spokesman said.