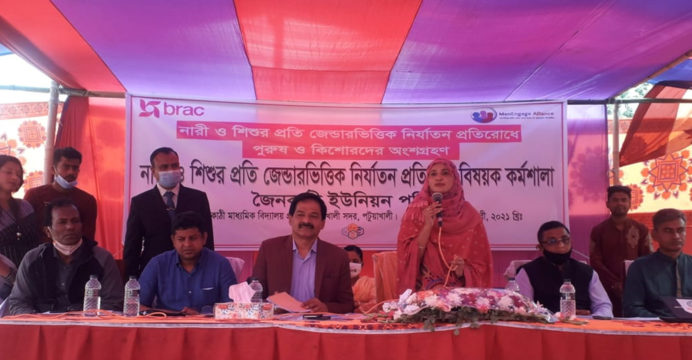 Workshop on Gender Based Violence against Women and Children in Patuakhali

A day-long workshop on Gender-Based Violence Against Women and Children has been held in Patuakhali. Patuakhali Sadar Upazila Nirbahi Officer Latifa Jannati was present as the chief guest in the workshop held in the hall room of Sehakathi Secondary School on Monday (February 15) morning under the chairmanship of Jainkathi Union Parishad Chairman Md. Firoz Alam.

The workshop was attended by members of Jainkathi Union Parishad, parents, security, and members of youth groups and adopted action plans for building model unions.