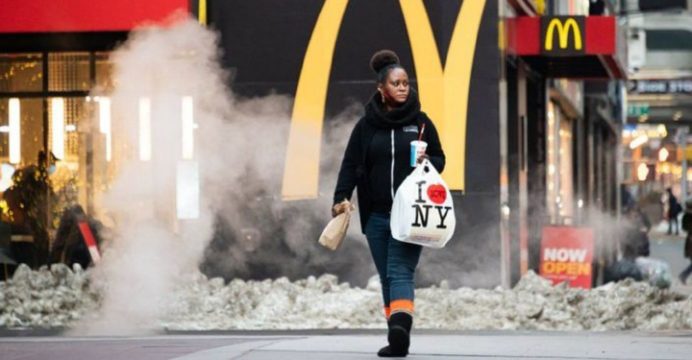 McDonald’s has set a goal of having an equal number of men and women in leadership roles by 2030 as it looks to improve diversity at the company.

The fast-food chain also said it would work to boost minority representation in the firm’s senior US ranks from 29% to 35% over the next four years, reports BBC.

Executive pay will be tied to meeting the targets.

The effort follows claims of racial discrimination from black franchisees and executives in the US.

Workers have also accused the firm of fostering “systemic sexual harassment” at its restaurants.

McDonald’s has disputed the allegations. But in July, amid widespread Black Lives Matter protests in the US, the firm announced a new diversity, equity and inclusion initiative.

“We recognise these issues weigh heavily on our people and have heard – loud and clear – that diversity, equity and inclusion are priorities for our entire team, from our crews to our senior leaders,” McDonald’s chief executive Chris Kempczinski wrote in a letter to staff.

“We’re serious about holding ourselves and our leaders accountable to these foundational commitments.”

As part of its efforts, McDonald’s released demographic data of its US workforce for the first time.

However, the share of black and Hispanic first- and mid-level managers lagged.

The firm said it would determine executive bonuses based on a combination of sales and profit growth, with meeting diversity goals weighted at 15%.