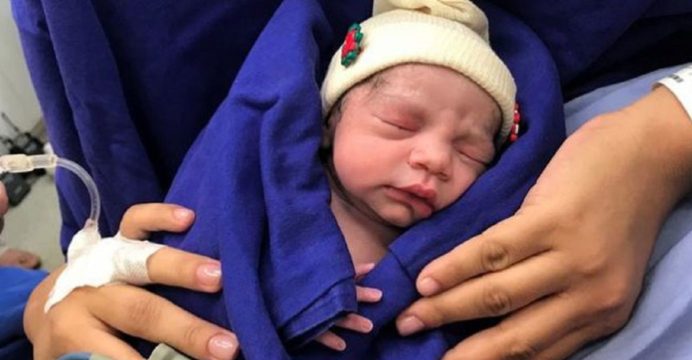 A baby has been born following a uterus transplant for the first time ever in France, the hospital treating mother and infant said on Wednesday.

Such births are extremely rare but not unprecedented, and come after a cutting-edge procedure to transplant a healthy uterus into a woman whose own is damaged or missing, reports BSS.

The baby, a girl weighing 1.845 kilogrammes (4.059 pounds), was born on Friday, according to the team at the Foch hospital outside Paris.

“Mother and baby are doing well,” Jean-Marc Ayoubi, head of gynaecology, obstetrics and reproductive medicine at the hospital, told AFP.

The 36-year-old mother, whose name was given only as Deborah, was born without a uterus as she suffered from a rare condition known as Rokitansky Syndrome, which affects about one in 4,500 women.

It came one year after the transplant surgery in a case that was documented in the medical journal The Lancet. Other such births have been documented in the US and Brazil, but they remain rare. The cases offer hope to women suffering from similar reproductive problems, as an alternative to adoption or surrogacy.