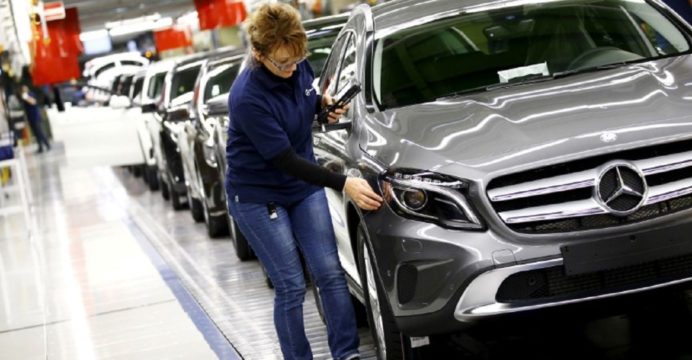 Mercedes-Benz is recalling more than one million cars over a safety defect with the cars’ emergency call system.

The problem is with the cars’ eCall feature, which alerts emergency services of an accident and relays a vehicle’s location to them.

But a fault means it is possible that the wrong location could be sent, reports BBC.

The problem affects 1,292,258 cars in the United States, and the company says it is preparing a fix for customers in other countries too.

The safety recall information form the US National Highway Traffic Safety Administration said that Mercedes “determined that a safety risk cannot be ruled out”.

Because the problem is software-related, the fix can usually be done “over the air” – via a wireless download using the car’s existing mobile data connection.

But if it cannot, due to a bad connection or other problems, owners will be able to bring their cars into an authorised dealer to have the update applied.

The eCall system is mandatory in the EU for all cars sold since 2018 – and the US documents reveal that the reason for the investigation was a known case of the wrong location being sent “in the European market” in October 2019.

Mercedes-Benz in the UK told the BBC: “This software update will also be implemented in other countries and we are in close contact with the local authorities.”

But it said it was not providing any further details until an official announcement of the fix.

In the US, all 1,292,258 affected vehicles will have to receive a software update to fix the problem.

That includes more than 200 different models and variants made between 2016 and 2021, including:

The fault, Mercedes said, was in the software connected to the communications module used by the emergency call system.

“In rare cases, this could mean that in the event of an accident-related temporary drop in a vehicle’s voltage, the communication module might not communicate the correct current position when an emergency call is made/triggered,” a spokeswoman for the car-maker said.

“All other functions of the automatic and manual emergency call function remain fully operational,” she added.

Mercedes also said that it had discovered the fault itself due to its safety monitoring programme, which it said was a “top priority” for the company.