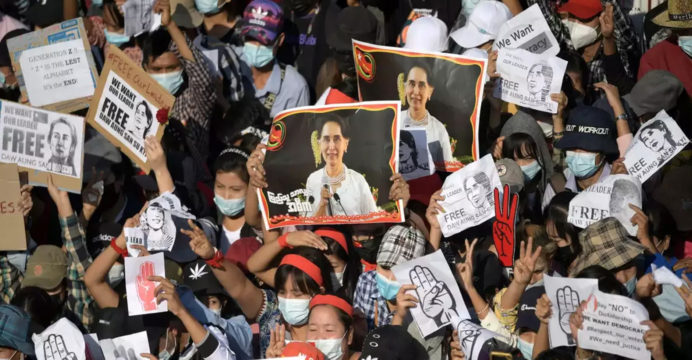 Fresh protests erupted in Myanmar’s largest city of Yangon on Monday following an overnight internet blackout and the deployment of troops on the streets, according to an AFP photographer.

Hundreds of engineering and technology students gathered in the north of the city, two weeks after the military seized power, ending a decade-old fledgling democracy following generations of junta rule.

People returned to the streets of Naypyidaw, Myanmar’s remote capital, and Yangon, on Wednesday, after the police used rubber bullets and water cannon to break up protests, leaving two people in the hospital, one of them fighting for her life.

Several civil servants from the energy ministry were seen walking out of their workplace on Wednesday, as they denounced the coup leaders and called for the restoration of parliament.