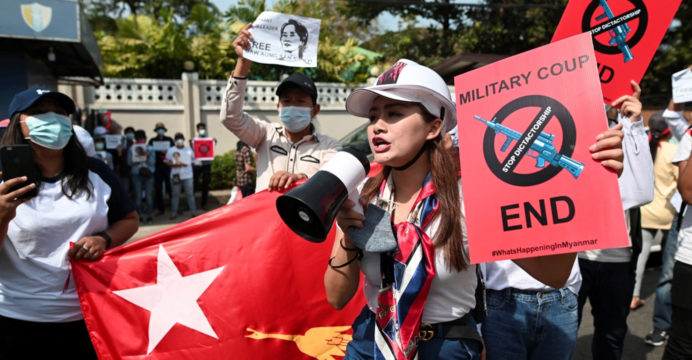 A resolution against Myanmar’s military coup has been adopted by the UN Human Rights Council. The proposal, raised by Britain and the European Union, was adopted on Friday, reports BSS.

Although 48 Geneva Forum countries have agreed to accept the proposal, China and Russia have refrained. During the special session, the Human Rights Council proposed that the military should immediately hand over power to democratic authorities. In addition, Aung San Suu Kyi and other politicians must be released quickly. They were also detained for protesting and protesting after the coup and were called for their immediate release.

Meanwhile, Myanmar’s representative to the UN has protested against this decision. Meanwhile, protests are also going on in different areas including Naypyidaw and Yangon on Saturday.