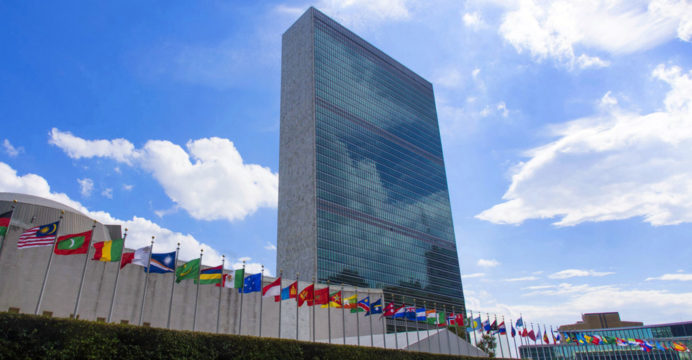 Martyr’s Day will be observed on the fronts of the United Nations like every year under the initiative of Muktadhara Foundation and Bengali Chetna Mancha.

Biswajit Saha, chief executive of Muktadhara Foundation, said that Muktadhara Foundation and Bangali’s Chetna Mancha have been celebrating the great martyr’s day in the international arena on the occasion of Ekushey for the last 29 years. This year too, a 30th-anniversary celebration of Martyrs’ Day is being organized in front of the United Nations.

He said wreaths would be laid at the Shaheed Bedi in front of the United Nations on February 20, at 1:01 pm, in Dhaka, on the first day of Ekushey. The expatriate urged all Bengalis to participate in the wreath-laying ceremony, saying that because of the coronavirus, everyone can participate in the wreath-laying in accordance with New York City’s health regulations. Like every year, the youngest child present this year will be the first to lay a wreath. The next day, February 21, Muktadhara will organize a special memorial program in memory of Ekushey. This online virtual show will feature a conversation between the new generation of representatives, Amar Ekushey songwriter Abdul Gaffar Chowdhury, from Ekushey to Ekattar. He will be joining the event from London.

The program will also feature the Muktadhara Foundation and Bangali’s Chetna Mancha, which has been celebrating Ekushey February and International Mother Language Day in front of the United Nations since 1992. A documentary based on him. There is also a conversation with Tajul Imam, the writer, and singer of ‘Krishnachura’s Song’. There will be Ekushey poetry readings and music, Bengali artists from home and abroad will take part. The event will be available live on Facebook and YouTube in addition to the Muktadhara Foundation’s own website.