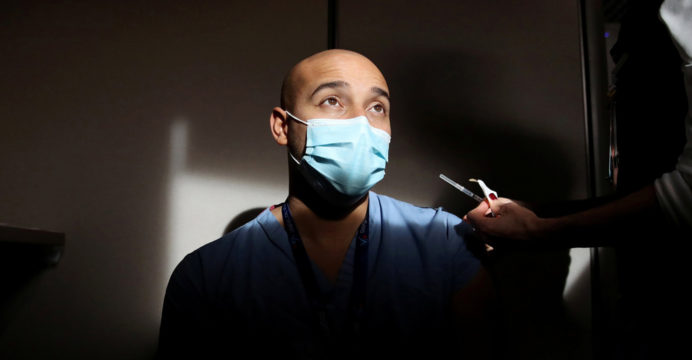 The United States is bringing every citizen under vaccination

There has been outrage among ordinary Americans about the slow pace of vaccination since it began. In the face of continued criticism, the United States has decided to increase its supply of vaccines from next week. U.S. authorities claim that all U.S. citizens will be vaccinated in a timely manner.

Meanwhile, corona vaccination activities have started in Iran by vaccinating the child of the health minister with the Russian-made Sputnik Five vaccine. It was inaugurated by President Hassan Rouhani.

Rouhani said, “The top leadership of the government and government workers will be the first to take the vaccine to make it acceptable to the common people.” After that, a vaccine made in Iran will be available in the market very soon.

Corona vaccination activities have also started in Peru through the vaccination of health workers. The country’s citizens are being vaccinated with the Chinese company Synoform.

The country’s president has claimed that Serbia will lead the coroner’s vaccination campaign in Europe. He hopes that all Serbs in Europe will be the first to be vaccinated. To this end, the country has already completed the process of importing the required number of vaccines from China, Russia, the United States and the United Kingdom.