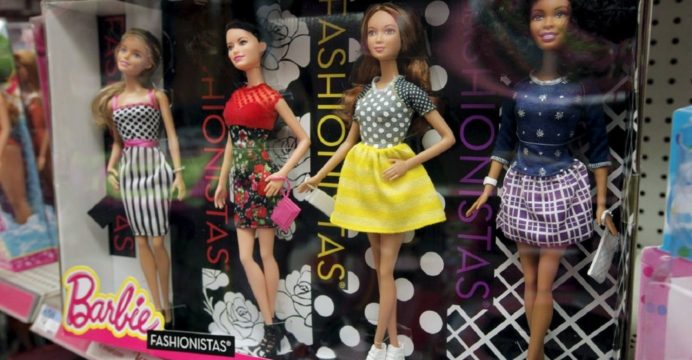 Sales of the doll rose 16% globally, helping to lift toymaker Mattel to its best sales year since 2017. The pandemic has been good for the toy industry, which has gained from limits facing other forms of entertainment.

The surge in demand strained supply chains earlier in the year, reports BBC.

Chief executive Ynon Kreiz said the firm, which also owns brands such as Hot Wheels, was ultimately able to meet the “extraordinary” increase in demand for its products.

“Yes, the industry as a whole benefited from increased demand related to Covid, but we significantly outpaced the industry,” he said.

Arch-rival Hasbro, which owns Nerf and board games such as Monopoly, this week reported that full-year 2020 sales slumped 8% to about $5.4bn, despite rising 4% in the final quarter.

At Mattel, sales rose 2% last year to more than $4.5bn, and were up 10% in the last three months of the year, which includes the critical Christmas season.

Mattel on Tuesday also announced a new cost-savings programme, which it said would help save $250m by 2023.

Unlike prior efforts, which focused on cutting the firm’s manufacturing footprint, Mr Kreiz said this one would be broader, including plans to standardise its global marketing and revamp the retail operations of American Girl.

“It’s less about people and payroll and more about systems and processes,” he said.