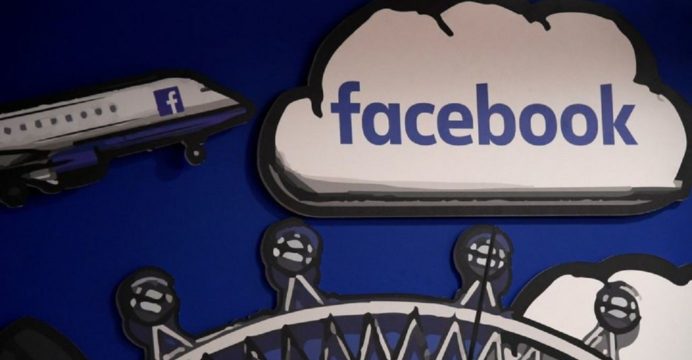 Facebook is being sued for “losing control” of the data of about a million users in England and Wales. The alleged failings were revealed in the Cambridge Analytica scandal, where harvested data was used for advertising during elections.

Facebook told reporters there was “no evidence” UK or EU users’ data had been transferred to Cambridge Analytica.

But the case against the technology giant, expected to last for at least three years, will argue a “loss of control” over users’ personal data warrants individual compensation.

The harvesting of Facebook users’ personal information by third-party apps was at the centre of the Cambridge Analytica privacy scandal, exposed in 2018.

Cambridge Analytica’s app on Facebook had harvested the data of people who interacted with it – and that of friends who had not given consent.

And the case is being represented by law firm Hausfield “on behalf of those Facebook friends”.

Mr Jukes said he wanted to ensure the situation could not arise again.

The action seeks damages from Facebook over failure to comply with the Data Protection Act 1998.

A Facebook spokesman said: “The Information Commissioner’s Office investigation into these issues, which included seizing and interrogating Cambridge Analytica’s servers, found no evidence that any UK or EU users’ data was transferred by [app developer] Dr [Aleksandr] Kogan to Cambridge Analytica.”

But Mr Jukes told reporters it was not about “where the data went” but rather “that Facebook didn’t care”.

“They didn’t look after it,” he said.

In October 2018, the UK’s data-protection watchdog fined Facebook its maximum penalty of £500,000 for its role in the Cambridge Analytica scandal.

The Information Commissioner’s Office (ICO) said Facebook had allowed a “serious breach” of the law. Facebook apologised and allowed users to check which “banned apps” had accessed their data.

A similar mass legal action was filed against Facebook in October, by the group Facebook You Owe Us, represented by law firm Milberg London.

Because of the cases’ similarities, the High Court may decide to merge the two or hold them simultaneously. Although there is no precedent for such a mass legal action in the UK, there is in the US.

Google agreed to pay a record $22.5m (£16.8m) in a case brought by the US Federal Trade Commission (FTC) on the same issue in 2012. The company also settled out of court with a small number of British consumers.