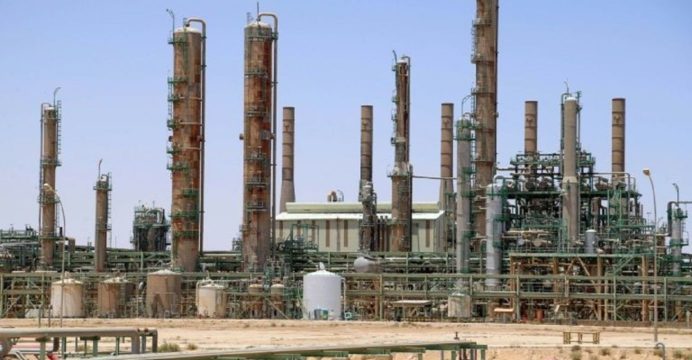 Libya has Africa’s largest proven oil reserves and only seven million people, but a decade of bloody conflict has left its economy shattered and its population mired in poverty.

The dinar has crashed and consumer prices have surged, power outages and fuel shortages are common, and even clean water is rare in a country that was once among the continent’s richest per capita, reports BSS.

They are sad reminders of the relative prosperity and economic stability under dictator Moamer Kadhafi, whose 42-year grip on power ended with the Arab Spring uprising 10 years ago.

In recent years, the economy has fallen victim to the violent turmoil that has seen Libya torn apart by two rival administrations and countless militias.

Today, while the guns have mostly fallen silent since a fragile October truce, the frontline still runs from the coastal city of Sirte to the “Oil Crescent” that holds 90 percent of its crude deposits.

After the last upsurge in fighting from 2019-2020, and amid the Covid pandemic, the already struggling economy plummeted by 66.7 percent last year, initial IMF estimates show.

On top of daily insecurity, the economic crisis is further testing people in the country.

In the old days under Kadhafi, “we were safe if we were careful,” said Mamadou Traore, a 62-year-old father of five from Mali, who came to Libya in the mid-1990s to find work.

“But since the revolution, the situation has frightened us. There are too many weapons among the Libyans and the militias don’t respect the laws,” he said.

“It is more and more difficult for me, as a father, to earn a good living.”

They demanded a greater share of hydrocarbon revenues managed by the rival UN-recognised Government of National Accord (GNA) in Tripoli.

Output tumbled from 1.2 million to just 100,000 barrels per day — it was nine months before Haftar agreed to release the chokehold.

Libya’s energy sector has sprung back to life following the ceasefire deal.

But the World Bank said the fighting and oil blockade brought “the most serious political, economic and humanitarian crisis” since the tumult of 2011.

“It is an economic recession without precedent,” economist Kamal al-Mansouri told AFP.

More than 800,000 people are estimated to be in need of humanitarian assistance in Libya, the United Nations says, highlighting protection, access to critical services like healthcare and education as well as to basic household goods and commodities, including food, as among the key needs.

Salima Younis, 57, a Tripoli school secretary, said that the past decade had taken a heavy toll on Libyans.

“People are so angry, frustrated, and many live in fear and increasing poverty in a rich country. It’s unfair and such a huge waste.”

Oil has long been king in Libya, whose reserves top those of Nigeria and Algeria respectively.

When big oil reserves were first discovered in 1959, Libya was still among the world’s poorest nations.

But since then “everything concerning Libya has inextricably been linked to oil,” said petroleum industry engineer Al-Mahdi Omar.

Kadhafi seized power in 1969, and his Arab Socialist Party regime quickly centralised its political hold and nationalised much of the economy.

While oil helped maintain his rule by paying for public sector jobs, generous social welfare and healthcare, Kadhafi’s anti-Western regime made it a pariah, cut off from major outside investment.

Sanctions were imposed on Libya because of Kadhafi’s support for militant groups and attacks as well as his stockpiling of chemical weapons and uranium, acquired to build a nuclear weapon.

But his regime slowly rehabilitated itself in later years and renounced unconventional weapons, leading the United Nations to lift its sanctions regime from 1999 and sparking years of economic liberalisation.

French contractors piled in — including for the construction of a new airport in Tripoli — as did Italian, Turkish, South Korean and Emirati firms.

But the brief boom came to an abrupt end with the 2011 popular uprising, which quickly spiralled into full-scale fighting in which anti-regime militias were supported by a NATO air campaign.

Foreign investors quickly bolted and hundreds of building projects, worth billions of dollars, initiated during Kadhafi’s brief reconciliation with the West, were mothballed.

With the country split in two, there are two rival central banks, in Tripoli and the east, unable to halt the slide of the Libyan dinar.

According to a recent GNA calculation, galloping inflation drove up the price of most items in a basket of over 70 staples by more than 50 percent last year.

“Prices continue to climb, banks lack liquidity and the gap between the dinar and the dollar on the black market remains significant,” said Mansouri, the economist.

But many hurdles remain towards a lasting peace.