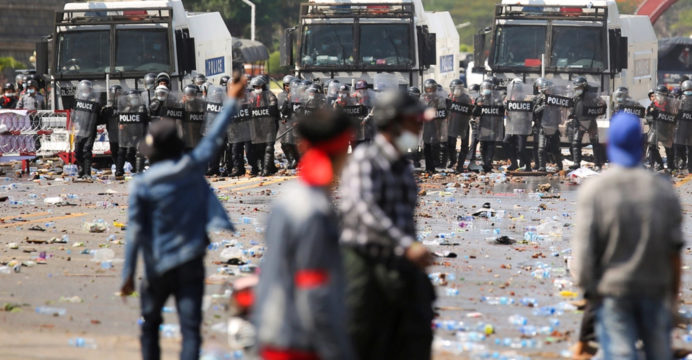 UN condemns use of force against Myanmar protesters

The United Nations on Tuesday condemned the use of force against anti-coup protesters in Myanmar after police fired rubber bullets and tear gas to disperse rallies.

“The use of disproportionate force against demonstrators is unacceptable,” Ola Almgren, the UN resident coordinator and humanitarian coordinator in Myanmar, said in a statement.

The rallies came despite a warning from the junta that it would take action against demonstrations that threatened “stability”, and a new ban on gatherings of more than five people.

In Naypyidaw, the remote capital purpose-built by the previous military regime, witnesses said police fired rubber bullets at protesters after earlier blasting them with water cannon.