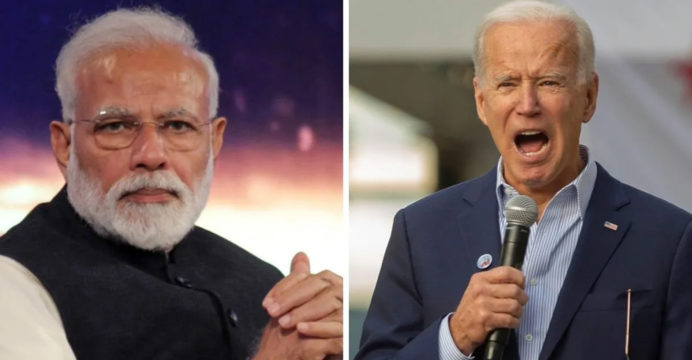 US President Joe Biden has spoken to Indian Prime Minister Narendra Modi on the phone. In his first phone call, Biden indicated that he wanted to deepen relations with India.

In addition, climate and democratic values ​​have gained importance in the discussions of both.
A statement from the White House said, “Biden and Modi have pledged to work together to win the Covid-19 epidemic.” In addition to tackling climate change, the two countries have agreed to work on a partnership basis for global economic restructuring and counter-terrorism in a way that benefits the people of both countries.

Modi welcomed Biden’s position on the issue of climate change and his return to the Paris Agreement, according to Prime Minister Narendra Modi’s office in New Delhi.

Former US President Donald Trump pulled the United States out of the deal. It said Modi was keen to join Biden’s plans for a climate conference in April.

The White House said in a statement that Biden emphasized his commitment to protecting democratic institutions and customs around the world.

He further noted that the common commitment to democratic values ​​is the bridge between India and the United States.