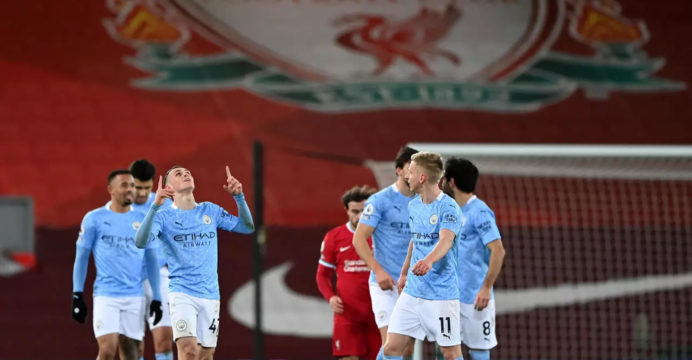 Inspired by Gundogan’s goals and Phil Foden’s stylish display, City moved 10 points clear of fourth-placed Liverpool after their first win at Anfield since 2003.

The troubled champions were blown away by Pep Guardiola’s side, who became the first team to score four times in a league game away to Liverpool in 12 years.

City hold a five-point lead over second placed Manchester United and have a game in hand on their local rivals as they eye a third title in four seasons.

They have won 14 successive games in all competitions to equal the record for an English top-flight club, set by Preston in 1892 and Arsenal in 1987.