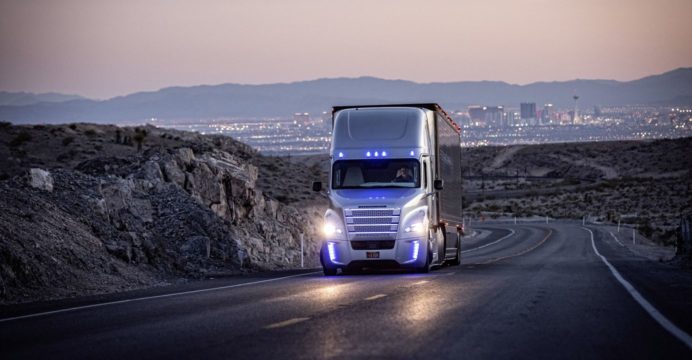 Daimler aims to keep a “protective hand” on Daimler Trucks

Daimler said on Wednesday it plans to spin off Daimler Truck as it seeks to increase its investor appeal as a focused electric, luxury car business, reports Reuters.

“The exact percentages are yet to be determined, but at the same time we will keep a protective hand over Daimler Trucks through our shareholding,” Källenius said in an interview with the FAS published online on Saturday.

“Should something happen in the market that would not be in the interests of Daimler Trucks, then we are there,” Källenius said. “But the company will act independently, we will not iterfere operationally via the supervisory board.”

The two business would still cooperate – for example, the car business would, if needed, have access to the fuel cell technology of the truck maker, which, conversely, would be able to use the car maker’s battery technology, Källenius said.

He expected Daimler Trucks to be listed on Germany’s blue chip DAX index, like the carmaker.

“I think it is very likely we will get two DAX companies in Stuttgart,” he said.