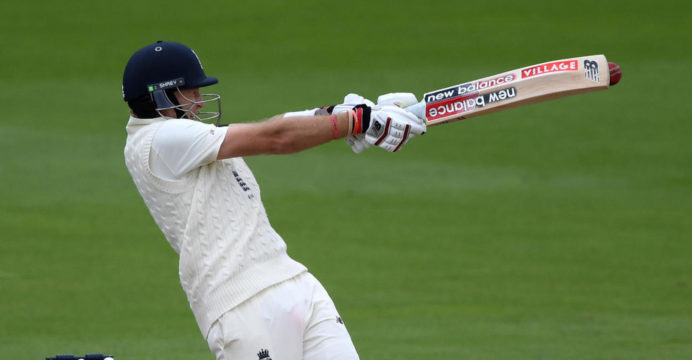 England lose two after a steady start against India

England lost two wickets in 10 minutes after a steady start as India snatched back the initiative before lunch on day one of the first Test on Friday, reports bss.

England were 67 for two in Chennai with Dom Sibley on 26 and skipper Joe Root on four in his 100th Test, after winning the toss at the start of the four-match series.

Burns, a left-hand batsman, fell to off-spinner Ravichandran Ashwin for 33 while attempting a reverse sweep. The opening pair put on 63 runs.

Paceman Jasprit Bumrah, who is playing his first Test at home, struck soon after to send back new batsman Dan Lawrence for nought.

Earlier the left-right batting combination of Burns and Sibley used their feet to good effect against spinners Ashwin and Shahbaz Nadeem.