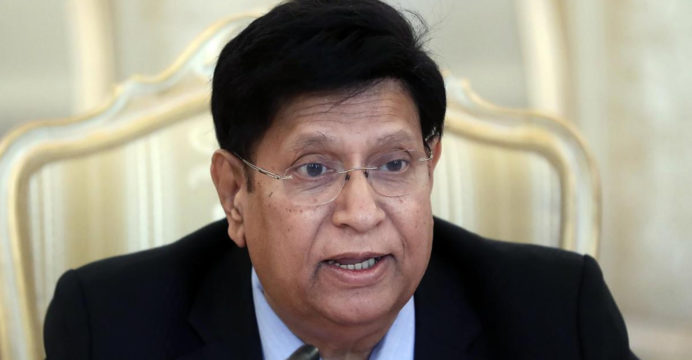 Foreign Minister Dr AK Abdul Momen today said Bangladesh has secured its border along with Myanmar in fear of an outbreak of a fresh influx of Rohingyas as the military took the state power in the neighboring country and declared a one-year emergency after arresting civilian leader Aung San Suu Kyi, reports BSS.

“We have secured our border (to stop potential Rohingya influx),” he told reporters at his office today.

However, the foreign minister said Dhaka is not suspecting any further Rohingya influx due to the changed situation in Myanmar.

“But some of our friendly countries fear that rest of the Rohingyas would flee to Bangladesh from Rakhine (as the military took state power in Myanmar), he added.

On January 19 last, the secretary-level tripartite meeting among Bangladesh, China and Myanmar decided to hold the next joint working group meeting on February 4 for advancing the discussion about commencing repatriation of Rohingyas.

The scheduled tomorrow’s joint working group meeting is yet to be uncertain as Dhaka didn’t communicate with Myanmar officially after the coup, an official said.

Bangladesh is hosting over 1.1 million forcefully displaced Rohingyas in Cox’s Bazar district and most of them arrived there since August 25, 2017 after a military crackdown by Myanmar, which the UN called a “textbook example of ethnic cleansing” and “genocide” by other rights groups.