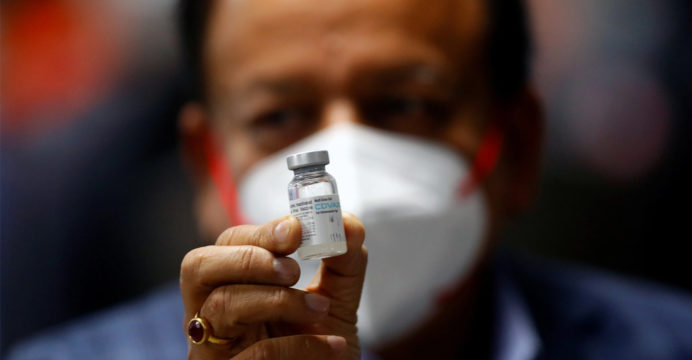 No vaccine has been tested experimentally in Bangladesh yet. With India’s biotech approval, this will be the first trial of a vaccine in a country of more than 160 million people.

India Biotech has developed the vaccine with the Medical Research Council of India. This month, the country’s government approved the limited use of their vaccine without disclosing sufficient information about the third phase of the trial. Previous trials have shown that the vaccine is safe in the human body and is capable of building immunity.

Mahmud-uz-Jahan, director of the state-run Medical Research Council in Bangladesh, said, “We have received their proposal.” The policy-making committee will review the proposal. He declined to give details.

The Dhaka-based International Centre for Diarrhoeal Disease Research, Bangladesh (ICDDRB) has applied to India Biotech for permission to conduct testing of the vaccine in Bangladesh. This information has been confirmed by a person directly involved in the matter who did not want to be named due to internal regulations.