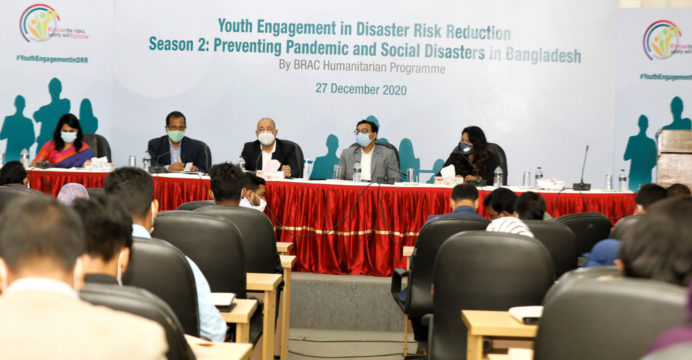 With the aim to create an opportunity for the promising youth across Bangladesh to participate in an open dialogue with the policymakers, networks, and influential stakeholders in the country, today, BRAC Humanitarian Programme (BHP) organized the SEASON-2 of Youth Engagement in Disaster Risk Reduction (Y-DRR) on the theme of “Youth Engagement in Preventing Pandemic and Social Disasters in Bangladesh.” State Minister for Disaster Management and Relief, Md. Enamur Rahman graced the event as the chief guest.

This event will also create opportunities for the youth to share their creative and resourceful ideas to prevent the COVID-19 pandemic and associated social disasters in Bangladesh as well as to make the country a better living place for everyone with safety, security, and dignity. Around 65 selected youth who are mainly university and college students, young professionals and researchers, member of youth clubs, youth icons, youth women groups, young media journalist and activists, young members of different cultural groups, etc. along with policymakers, networks, and influential stakeholders in the country have attended the program.

Sajedul Hasan, Director of Humanitarian Programme, BRAC and BRAC International, shared that BRAC will work to create a platform for the youths through which these groups can work to stand beside the people who need the support in times of crises. He recommended creating a database for these youth groups who would like to work as a volunteer in different disasters in different regions. Along with these, these groups can disseminate awareness messages via community radios in local languages and reach the root level of people.

Md. Tawohidul Haque, Assistant Professor of Institute of Social Welfare and Research, University of Dhaka, shared that there a number of reasons behind each social problem, and we need to sort out those root reasons and must work on those reasons at first in order to limit the problems. If we can control the reasons, only then these problems can be erased. We can collectively work to solve these social problems, he added. 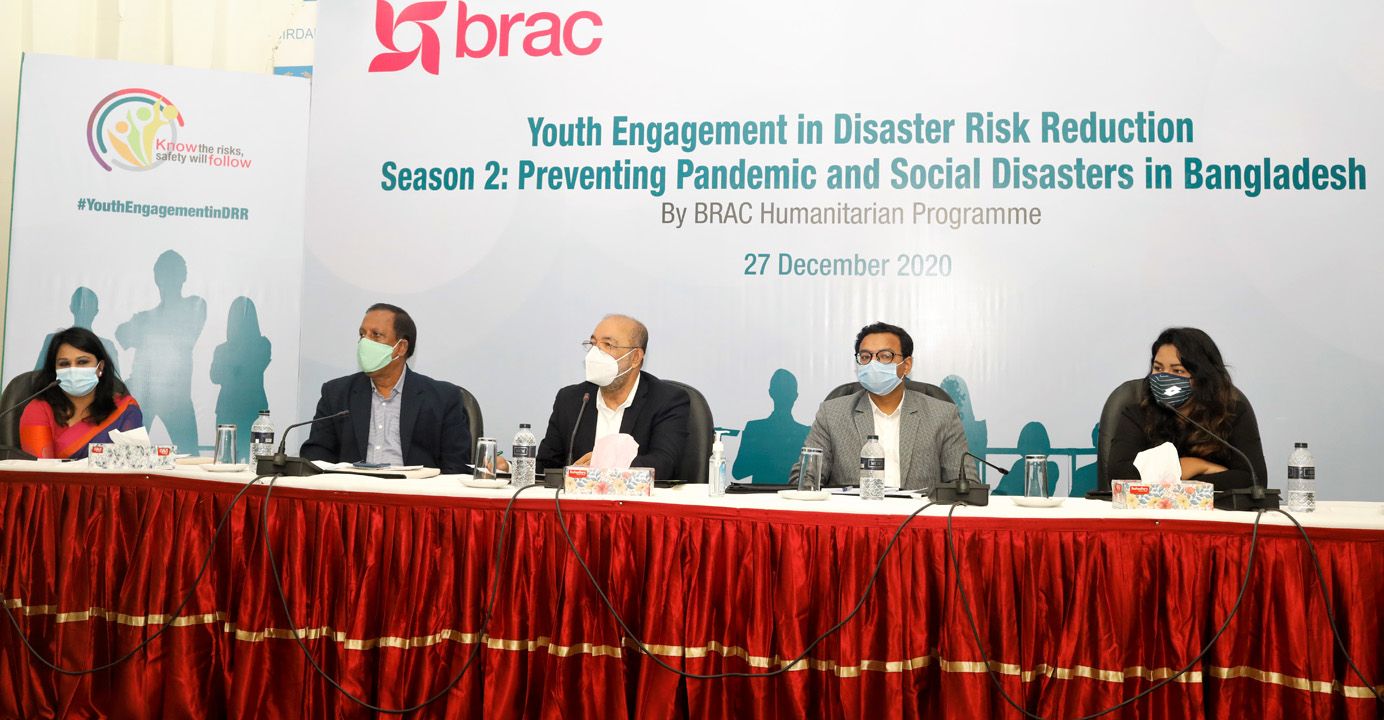 Cricketer Sathira Jakir Jessy says, from sports to study, in every sphere, girls are doing better. However, they are still facing discrimination. Only the youth’s collective effort can minimize discrimination.

State Minister for Disaster Management and Relief, Md. Enamur Rahman said that Bangladesh is now considered a role model in the field of disaster management. Earlier disaster management was only confined to relief distribution. But now, through a paradigm shift, we are now shifted in risk reduction. He committed o youth to work for them and increase investment in them for their betterment. Along with this, he also assured that to work on the apps 999 for its further improvement as per the recommendations received from the youths. The government will continue to recognize the efforts of the youths in development works, says Enamur Rahman. 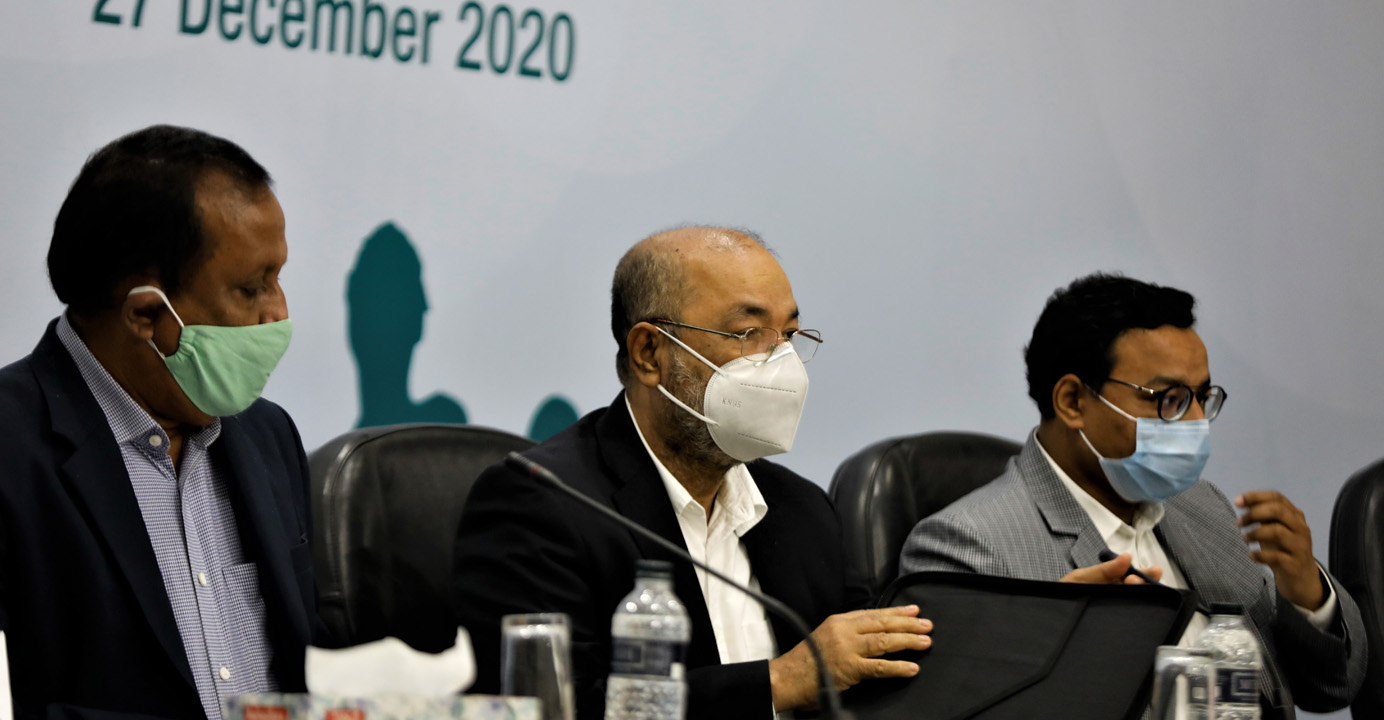 It is well recognized that Bangladesh is one of the most disaster-prone countries in the world. However, despite many challenges such as widespread poverty, rapid urbanization, and high population density, the country has made significant progress in disaster preparedness and mitigation in the last several decades, which contributed to reducing the death toll during tropical cyclones from hundreds of thousands down to just a few people. But this year, the COVID-19 pandemic has had a tremendous economic and social impact on the world, which is likely to have long-lasting consequences. The economic fallouts due to the COVID-19 pandemic have caused severe social costs in Bangladesh by escalating issues such as extreme poverty, gender-based discrimination, violence against women and children, child rights violation, and mental well-being, among numerous other issues. While the country has also made remarkable progress in the last 20 years in improving the lives of women and girls but, still 82 percent of married women suffer from gender-based violence, and pervasive sexual violence prevents women from achieving their full potential. Although gender-based violence is an ongoing challenge globally, the pandemic of COVID-19 has led to a significant rise in this. A recent study conducted by BRAC shows that there were 6,197 reported cases of violence against women between January and June 2020, which is 8% higher for the same period of 2019. A total of 632 rape incidents took place between April and August this year, which means, on average, 4 women have been raped every day in five-month of during the COVID-19 pandemic. Due to the recent growing incidents of violence against women in different parts of the country, the honorable Prime Minister remarked these as social disasters and called for strong protest and collective action to prevent it at all levels across the country.