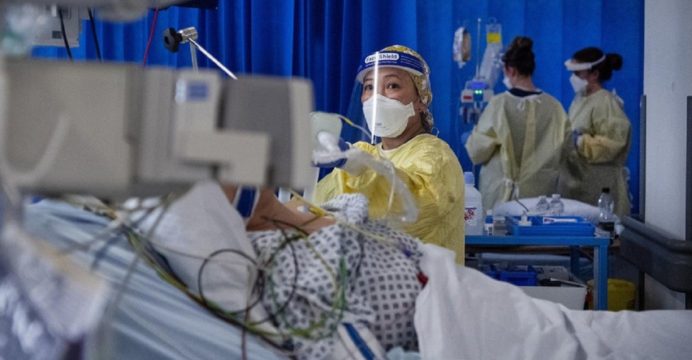 The Covid pandemic has caused excess deaths to rise to their highest level since World War Two.

This represents an increase of 15% – making it the largest rise in excess deaths for more than 75 years. When the age and size of the population is taken into account, 2020 saw the worst death rates since the 2000s.

This measure – known as age-standardised mortality – takes into account population growth and age.

The data is only available until November – so the impact of deaths in December have not yet been taken into account – but it shows the death rate at that stage was at its highest in England since 2008.