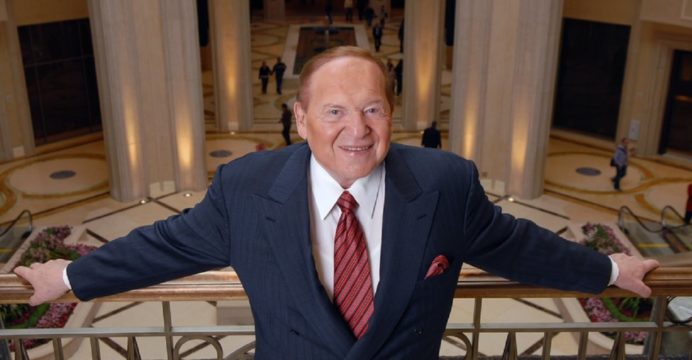 Billionaire casino magnate Sheldon Adelson, whose gambling and hotel businesses turned him into a major political power broker in the US and Israel, has died.

He was 87. The founder of the Las Vegas Sands casino company, Mr Adelson was known for his support of conservative causes and Israel, reports BBC.

He was a significant backer of US President Donald Trump and Israeli Prime Minister Benjamin Netanyahu.

His death was caused by complications related to his treatment for non-Hodgkin’s lymphoma, the Las Vegas Sands company said in a statement.

Mr Adelson was raised in Boston, the son of Jewish immigrants, whose father worked as a cab driver.

He started working early, selling newspapers on street corners as a teenager.

A college dropout, he saw his first success as the organiser of an early computer business convention.

Looking for more space to host visitors for the event, he entered the hospitality business.

He later established lavish hotels and casinos in Las Vegas, Singapore and Macau that at his death made him ranked among the 30 richest men in the world, with a net worth of more than $30bn.