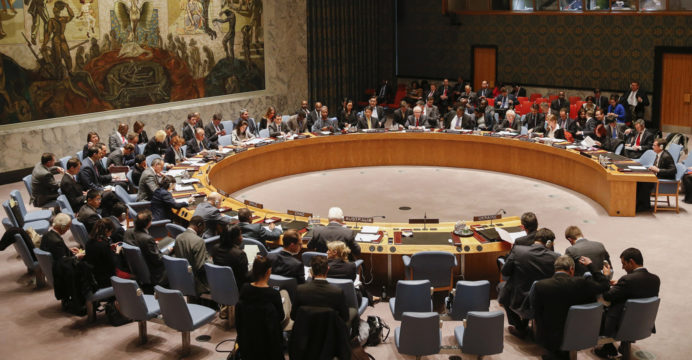 Five new countries — India, Mexico, Norway, Ireland, and Kenya — formally joined the UN Security Council on Monday at a time of growing polarization in the body charged with keeping world peace and security.

They took part in a first meeting aimed at approving an agenda proposed by the current chair of the council, Tunisia.

The new countries will hold non-permanent seats on the 15-member council for two years.

Divisions within the council have sharpened in recent years as the US under President Donald Trump took a unilateral approach to diplomacy.

While veto power by any of the permanent members was used 10 times or fewer from 1990 to 2000, it was used on 31 occasions from 2010 to 2019, and five times last year alone, according to SC Procedure, a specialized news outlet.

The Security Council is active in many conflict zones and crises around the world, mainly through more than a dozen peacekeeping operations involving some 100,000 soldiers from UN member states.