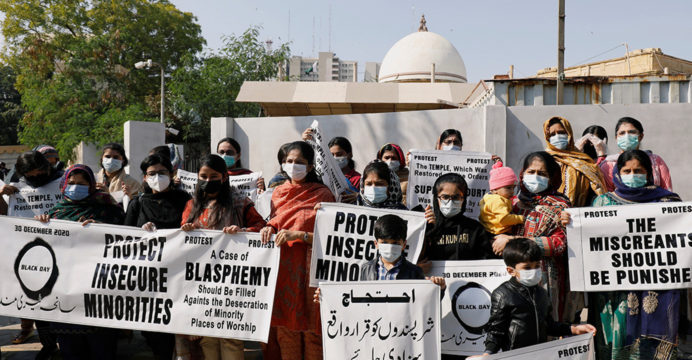 The information minister of the province Kamran Bangas said this on Friday. “We are very ashamed of this incident,” he said. He added that Pakistan’s Prime Minister Imran Khan himself had ordered the reconstruction of the temple very soon.

Bangas further said that the reconstruction work of the temple will be started soon in consultation with the local Hindu leaders. High-security measures will also be provided for this installation.

Police arrested dozens of people, including a local Muslim leader, in connection with the incident.

District police chief Irfanullah Khan said 45 people had been arrested so far on charges of involvement in the incident. Police are also looking for Mollah Mirza Akim, president of the district’s Jamiat Ulema-e-Islam, for allegedly inciting clashes.