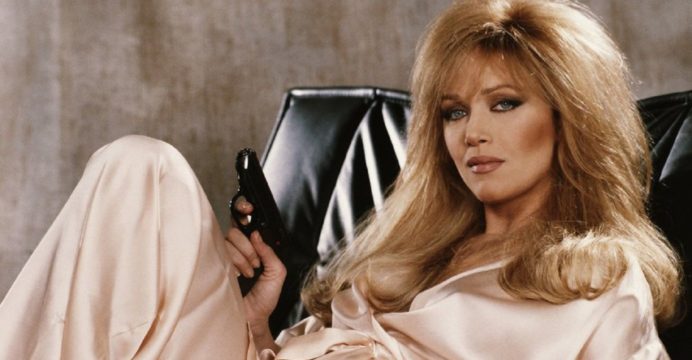 US actress Tanya Roberts, best known for her roles in Bond film A View to a Kill and the final season of Charlie’s Angels, has died aged 65.

Her death was announced by her friend and agent Mike Pingel, who called her “the sweetest person you’d ever meet”, reports BBC.

Roberts, who appeared opposite Sir Roger Moore in his final Bond film, also starred in The Beastmaster and Sheena: Queen of the Jungle.

In recent years she had a recurring role on That ’70’s Show. Roberts collapsed while walking her dogs on 24 December and was admitted to Los Angeles’ Cedars-Sinai Medical Centre. No cause has been given for her death on Sunday, though according to the Hollywood Reporter it was not Covid-19 related.

Born Victoria Leigh Blum in 1955, Roberts grew up in New York before moving to Hollywood in 1977. Her big break came when she replaced Shelly Hack in Charlie’s Angels, joining Jaclyn Smith and Cheryl Ladd as third ‘Angel’ Julie.

After the show’s cancellation, she appeared in such fantasy adventure films as The Beastmaster and Hearts and Armour. She also played comic book heroine Sheena in a 1984 film that saw her nominated for a Golden Raspberry award for worst actress.

Roberts earned another Razzie nomination for her role as geologist Stacey Sutton in 1985 Bond film A View to a Kill. She admitted being “a little cautious” about taking the role but said it would have been “ridiculous” to have turned it down.

Britt Ekland, who starred opposite Sir Roger in 1974’s The Man with the Golden Gun, was among those to pay tribute.

Don Coscarelli, who directed Roberts in The Beastmaster, remembered her as being “a beautiful person, inside and out”.