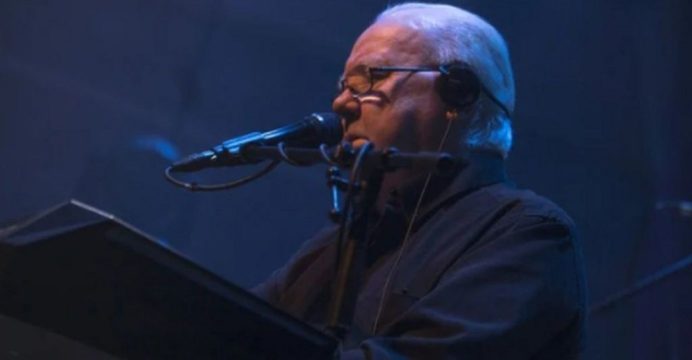 Irish Eurovision singer and frontman of the rock band Bagatelle, Liam Reilly, has died aged 65. A family statement confirmed that Mr Reilly “passed away suddenly but peacefully at his home” on 1 January.

Mr Reilly fronted Bagatelle for more than 40 years and they had success with songs including Summer in Dublin and Second Violin. He also came joint second at the Eurovision Song Contest in 1990 with the song Somewhere in Europe.

The song finished on 132 points, joint with France’s entry sung by Joëlle Ursull, in the contest in Zagreb. Italy’s entrant – Insieme: 1992, sung by Tuto Cutugno – won with 149 points, reports BBC.

Mr Reilly, from Dundalk, County Louth, also composed Ireland’s Eurovision entry for the contest in Rome in 1991, when Kim Jackson performed his song Could It Be That I’m In Love, which was placed 10th.

“We know that his many friends and countless fans around the world will share in our grief as we mourn his loss, but celebrate the extraordinary talent of the man whose songs meant so much to so many.” the family statement added.

Joe Gallagher, the band’s promoter from Strabane, County Tyrone, told BBC Radio Ulster “the talent that Liam brought to the music industry in Ireland is second to none”.

“Some of the songs that he has written are up there with some of the better songs written in Ireland,” he said.

“He is one of the best singer-songwriters Ireland has ever seen or produced.”

Mr Reilly also wrote songs for others, including The Wolfe Tones. The Irish group paid tribute to him on social media, describing him as “a master songwriter”.