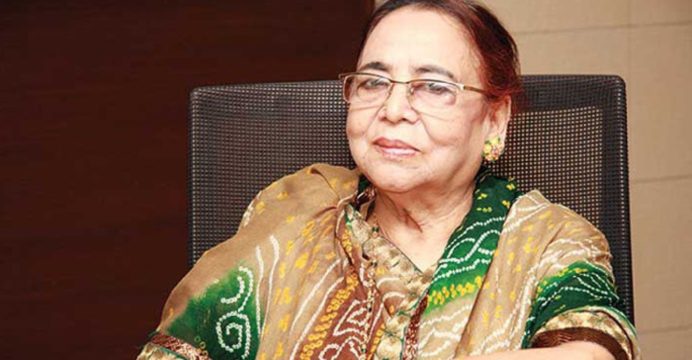 Renowned Bangladeshi novelist Rabeya Khatun has died this evening. She breathed her last at 6:00 pm at Gulshan residence in Dhaka.

Rabeya Khatun has written more than 50 novels and over 400 short stories, as of 2008, as stated by Wikipedia.

She was awarded Bangla Academy Literary Award in 1973, Ekushey Padak in 1993 and Independence Day Award in 2017 by the Government of Bangladesh.

She married Fazlul Haque, the editor of the Cinema magazine in 1952. He also directed the first film for children in Bangladesh “President”.

Rabeya Khatun was brought up in Shantinagar area in Dhaka. She passed the entrance examination from Armanitola School in 1948.