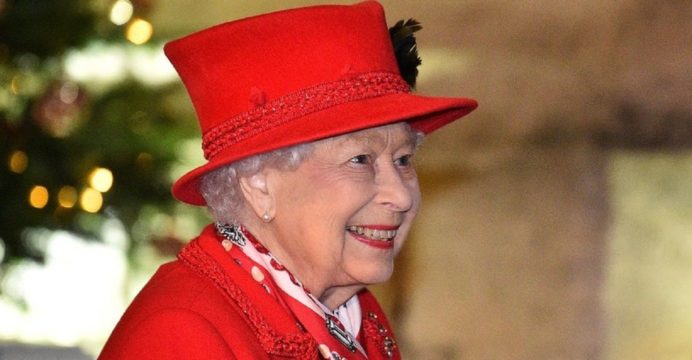 Queen Elizabeth to spend the Christmas apart from family

The Queen will reflect on the hardships of the pandemic in her Christmas speech later, as she and the Duke of Edinburgh spend the day apart from their family.

They will celebrate Christmas at Windsor Castle and not Sandringham, as is their usual tradition. The Royal Family usually spends the day together, but will not visit each other this year because of restrictions.

The Queen will also forgo her usual church service and worship privately to avoid crowds, it is understood. Her Christmas Day speech will be broadcast at 15:00 GMT, reports BBC.

The Queen, 94, and Prince Philip, 99, have been living at Windsor Castle during the pandemic with a small household staff.

It is thought to be the first time the couple have not spent Christmas at their Sandringham home since the mid-1980s.

The royals have spent some time together during the pandemic.

The Queen and several other senior royals attended a socially-distanced Christmas carol concert at Windsor Castle this month.

She was also joined by family members at a scaled-back Remembrance Sunday service at the Cenotaph in London’s Whitehall in November.

The Christmas broadcast will be the Queen’s third televised address this year, which is unusual for the monarch.

In April, as the first wave of the pandemic saw people across the country told to stay at home, she vowed that the the UK “will succeed” in its fight against the virus.

In a rallying message, she lamented the “painful sense of separation from their loved ones” that social distancing was causing people – but said it was “the right thing to do”.

The following month, in a poignant address to mark the 75th anniversary of VE Day, she said people’s response to the virus had filled empty streets with “love”.

In last year’s Christmas speech, she described 2019 – which saw intense political debate over Brexit and a number of personal events affecting the Royal Family – as “quite bumpy”.

She said the path is never “smooth” but “small steps” can heal divisions.

This year’s message will be broadcast on the BBC and ITV.

Shortly afterwards, Channel 4 will air its alternative Christmas message – which will be delivered by a deepfake of the Queen.