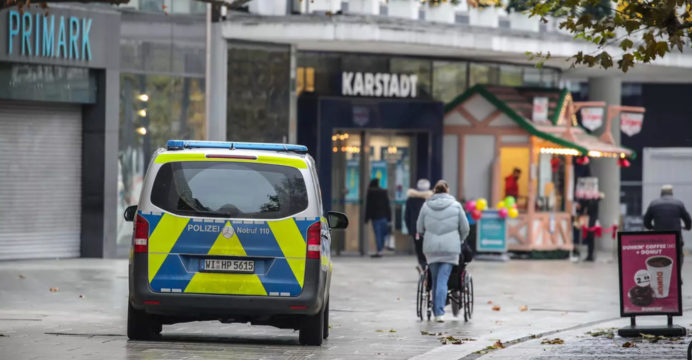 Germany registered a record number of deaths from Covid-19 on Wednesday, the first day of a new partial lockdown to try and curb a surge in infections, reports BSS.

A total of 952 people died in the previous 24 hours, according to the Robert Koch Institute disease control center.

It said 27,728 new coronavirus cases were registered, a figure close to the daily record of infections reported on Friday.

Saxony, a region with some of Germany’s highest rates of infection, was not included in Tuesday’s figures, potentially boosting the latest numbers.

Some 83% of critical care beds in hospitals were occupied on Wednesday, the country’s intensive care and emergency medicine association (DIVI) said.

The new restrictions, including closures of schools and non-essential shops, demonstrate the seriousness of the situation in Europe’s largest economy, as measures are ramped up in the run-up to Christmas — as elsewhere in Europe.