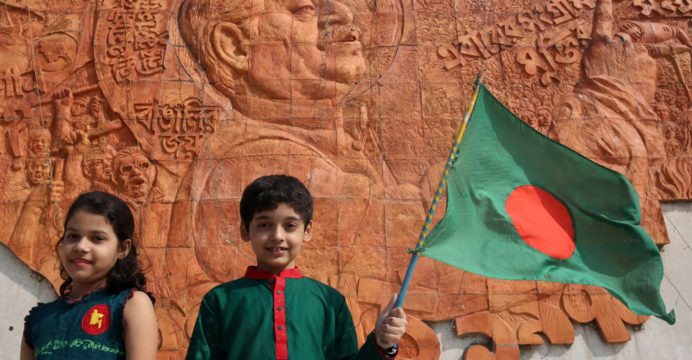 The country today celebrated the 50th Victory Day recalling moments that had marked the emergence of Dhaka as the free capital of independent Bangladesh with occupation Pakistani troops’ unconditional surrender.

Military secretaries to the President and the Premier placed wreaths on their behalf at the National Memorial at suburban Savar in the early morning ceremony while the COVID 19 prevented their physical presence at the scene.

Armed forces bugles played the last post as the military aides placed the wreaths when as part of military rituals the National Flag was gradually revealed, then lowered to half-mast position and then revealed again.

An integrated military, navy, and air force contingent offered the honor guard to mark the ceremony.

Thousands of people representing different political and other organizations then thronged the Memorial’s main altar to offer their floral tributes.

Many people visited the site in their individual capacity though the pandemic required extra cautions, scaling down the usual festivity.

The president and Prime Minister earlier issued statements greeting the countrymen on the occasion of the Victory Day.