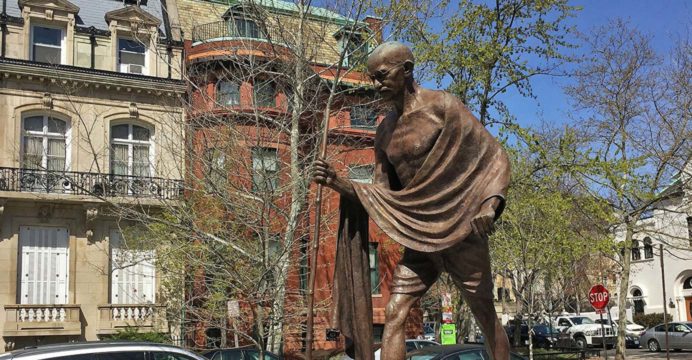 A violent group of Khalistani separatists has vandalized and desecrated a statue of Mahatma Gandhi outside the Indian Embassy in the United States.

The humiliation took place during a group of Sikh-American youths protesting in support of farmers protesting against the recent agricultural law in India.

Hundreds of Sikhs from around Maryland and Virginia, as well as from other states such as New York, New Jersey, Pennsylvania, Indiana, Ohio and North Carolina, gathered near the Indian Embassy in Washington DC to express solidarity with Indian farmers. However, when the separatist Sikhs carrying the Khalistani flag arrived with anti-India posters and banners, the peaceful protest rally soon took a different turn. 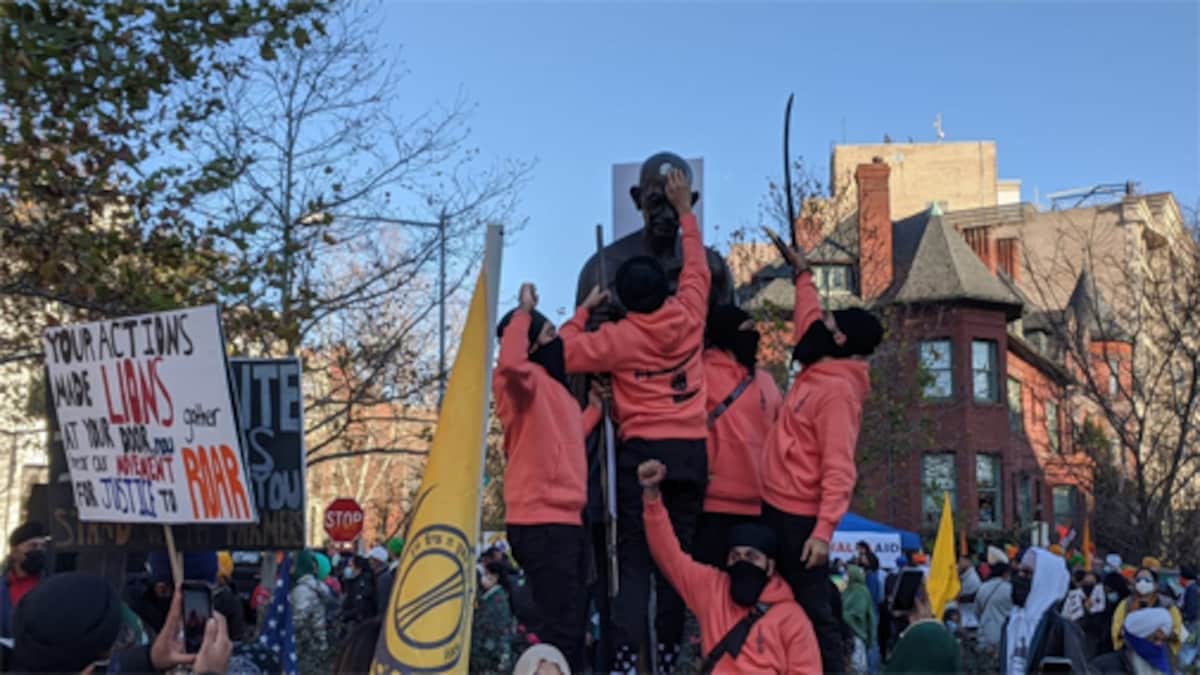 At that time, a number of pro-Khalistan Sikh youths jumped on the statue of Mahatma Gandhi with weapons and put up a poster on it. At the same time, anti-India and pro-Khalistan slogans were chanted.

The Indian embassy strongly condemned the riotous behavior of the disguised protesters. In a statement, the embassy said, “The statue of Mahatma Gandhi in front of the embassy in the Mahatma Gandhi Memorial Plaza was defaced with Khalistani material on 12 December 2020. The Embassy strongly condemns the hooliganism of the thugs protesting against the world-renowned icon of peace and justice. ”