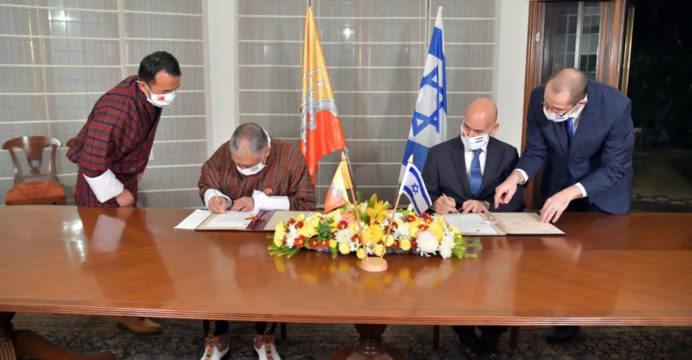 Israel on Saturday established diplomatic relations with the Himalayan state of Bhutan, according to the Israeli Foreign Ministry.

Meanwhile, a few days ago, Morocco, the fourth Arab country, agreed to normalize relations with Israel. In addition to Morocco, Israel has been able to establish relations with the United Arab Emirates, Bahrain and Sudan. The mediator was the outgoing President of the United States Donald Trump.

Ronmalka, Israel’s ambassador to India, said the agreement he had reached with Maj. Gen. Vetspnamgayel, Bhutan’s ambassador, would establish normal diplomatic relations between the two countries.

Israeli Foreign Minister Gabi Askenzai said in a statement that the scope of Israel is expanding. He added that the establishment of relations with Bhutan marked a new step in deepening Israel’s relations in Asia.