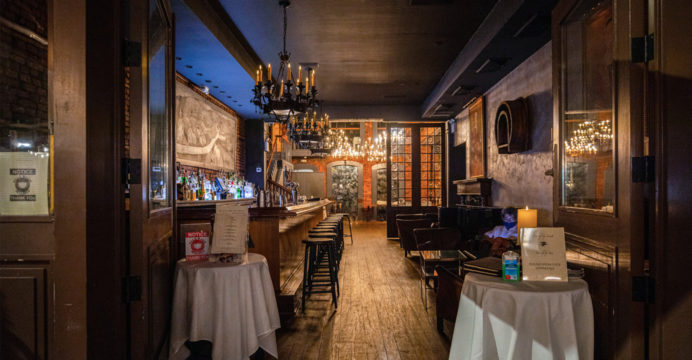 Eating inside restaurants in New York is again banned

The second wave of coronavirus has started in New York City, USA. Infection rates have risen sharply in the last few days in some areas. The situation is getting worse every day. Attempts are being made to deal with the situation by taking extra precautions. As part of this, New York restaurants have been banned from eating for the second time.

New York State Governor Andrew Cuomo announced new restrictions on December 11 as the number of corona patients in hospitals increased alarmingly. At that time, it was announced that a ban on eating inside restaurants in New York City would be imposed from tomorrow, December 14. This means that from tomorrow, even if there is a system of buying or selling food outside the restaurants of New York City, it will not be possible to eat inside.

Last week, the U.S. Centers for Disease Control and Prevention (CDC) issued a warning about indoor dining. Restaurants and bars closed like other businesses in the city nine months before the start of the Corona transition. Later, restaurants closed indoor dining and only catering or take-out arrangements. Outdoor dining services were re-launched on a limited basis at the end of June.