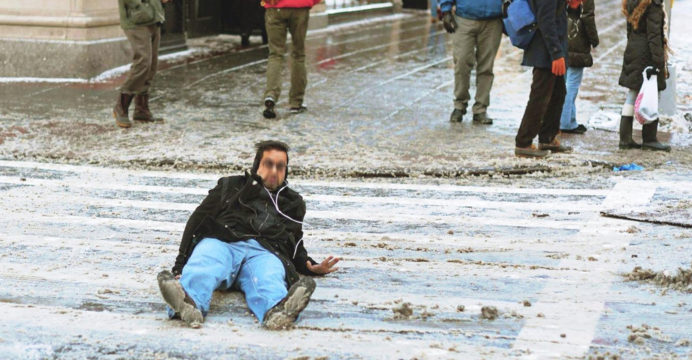 Ukraine has been devastated by adverse weather.

Ukraine has been devastated by adverse weather. The country’s capital Kiev has become an ice city. Added to the heavy rain.

The roads of the capital have become very slippery due to this. The movement has become almost impossible. Many pedestrians are in danger while walking.

Police said more than 100 vehicles were involved in the accident on Thursday. More than 4,000 workers are working to remove snow from the roads. The cities outside the capital were also devastated by the extreme weather.

The country’s emergency department said more than 160 cities in the three provinces had experienced power outages.