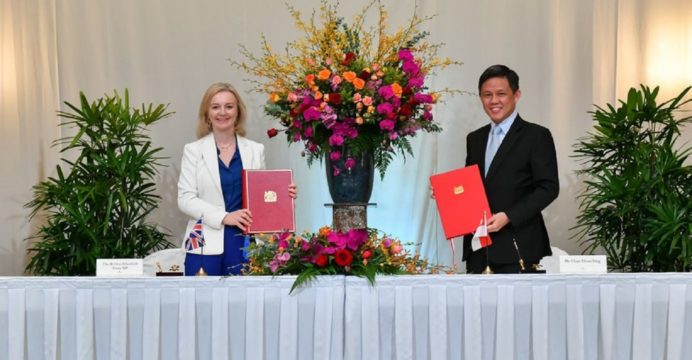 Singapore and the UK signed a free trade deal

Singapore and the UK signed a free trade deal in the Southeast Asian city-state on Thursday. The deal will cover a trade relationship worth more than $22bn (£17bn).

The agreement largely mirrors an existing deal between Singapore and the European Union (EU), reports BBC.

It is part of a broader set of trade negotiations for the UK, as it tries to replicate trade pacts which will cease when the EU transition period ends.

The deal comes as British Prime Minister Boris Johnson and the European Union’s chief executive gave themselves until the end of the weekend to seal a new trade pact, following a three-hour dinner that left the two sides “far apart”.