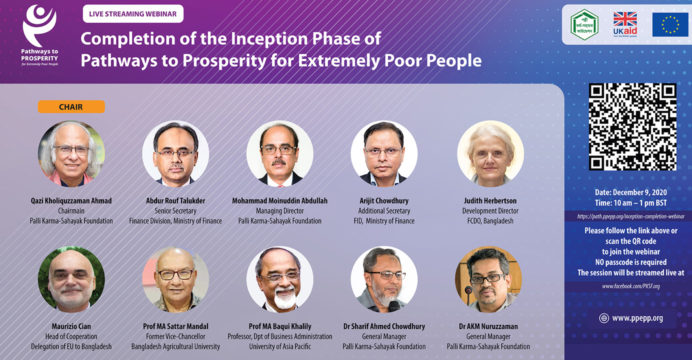 If people are poor or extremely poor, it is because they lack choices, and Palli Karma-Sahayak Foundation (PKSF) is relentlessly working to diversify their choices and come out of extreme poverty, PKSF Chairman Dr Qazi Kholiquzzaman Ahmad said today (Wednesday, 9 December 2020). He was speaking at a webinar organized to share the progress of a multidimensional extreme poverty programme, titled Pathways to Prosperity for Extremely Poor People, being implemented by PKSF with joint funding from the UK government’s Foreign, Commonwealth, and Development Office (FCDO; formerly DFID) and European Union.

Popularly known as ‘Prosperity’, the 6-year programme is working to lift 10 lakh people belonging to 2.5 lakh households out of extreme poverty by 2025. The programme, launched in April 2019, is covering nearly 200 unions of 43 Upazilas under Kurigram, Thakurgaon, Rangpur, Dinajpur, Gaibandha, Nilphamari, Satkhira, Khulna, Bagerhat, Magura, Patuakhali, Bhola, Sunamganj, Kishoreganj, and Habiganj district. People living in these districts face present and future climate shocks that threaten their lives and livelihoods. During the first year of the Prosperity programme, more than 30,000 extremely poor households have been brought under its coverage.

The Chief Guest noted that the Prosperity programme’s multidimensional interventions are addressing poverty and its causes in a sustainable way.
Speaking at the webinar, Judith Herbertson of FCDO and Maurizio Cian of EU acknowledged Bangladesh’s impressive progress in poverty reduction and reiterated their commitment to support poverty alleviation programmes. 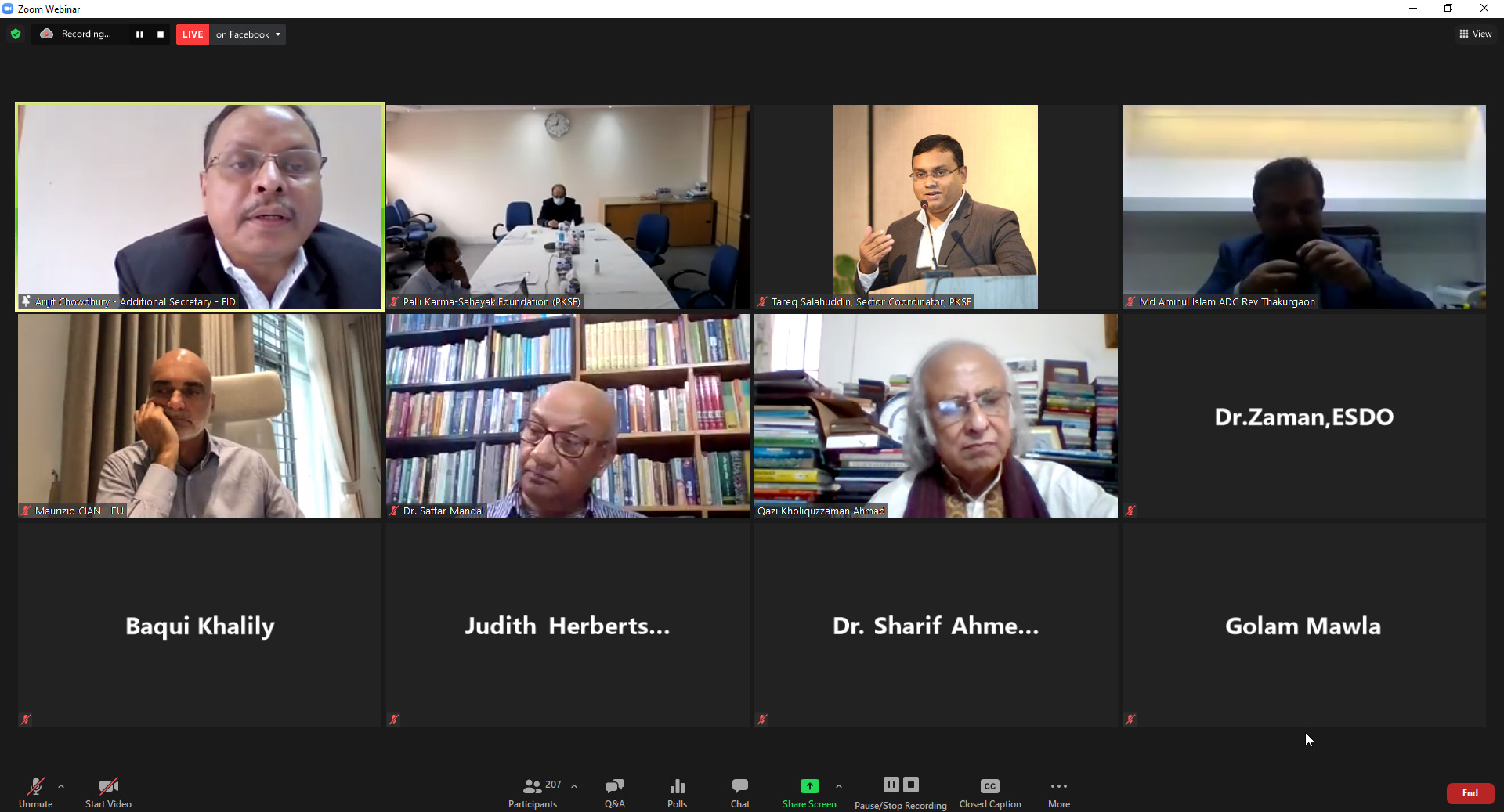