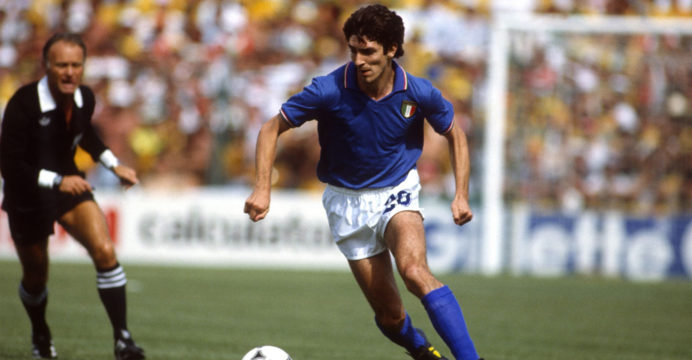 Italian football hero Paolo Rossi, who inspired the national side to victory in the 1982 World Cup, has died aged 64, Italian media reported on Thursday.

They paid tribute to ‘Pablito’, the star striker who was banned for his part in a betting scandal but returned and won the Ballon D’Or the same year.

“A very sad news: Paolo Rossi left us,” RAI Sport presenter Enrico Varriale tweeted. “Unforgettable Pablito, who made us all fall in love in that summer of ‘82 and who has been a precious and competent workmate at RAI in recent years. RIP dear Paolo.”

After the news broke, Rossi’s wife, Cappelletti Federica, posted a photo of them to her Instagram account along with the words “per sempre” – “forever”. She did not disclose the cause of his death.