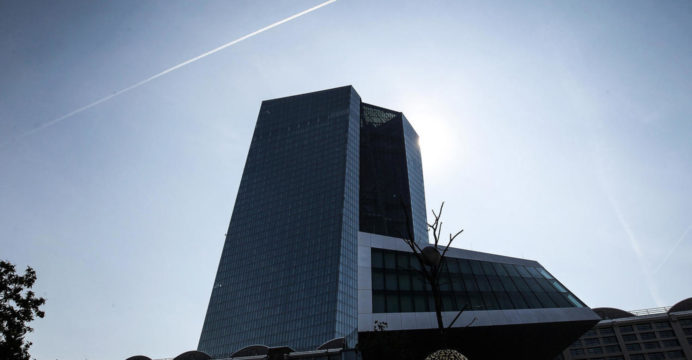 The European Central Bank (ECB) is expected Thursday to unleash more stimulus to help shore up a eurozone economy devastated by the coronavirus (COVID-19) pandemic, analysts stated, in a move eagerly awaited by financial markets.

The Frankfurt institution already has a 1.35-trillion-euro ($1.6-trillion) emergency bond-buying program in place, but ECB chief Christine Lagarde all but agreed in October that further support was on the way.

Just how urgent that help was would likely be borne out by a fresh set of economic forecasts that the ECB is due to publish, central bank watchers suggested.

In September, the ECB had been penciling in quarter-on-quarter growth of 3.1 percent in the final three months of 2020.

But that prognosis is likely to be downgraded after a surge in virus cases required renewed restrictions across Europe.

The prospect of imminent mass vaccinations could temper the gloomy outlook for 2021, as could the possibility of the EU overcoming vetoes by Poland and Hungary on the pandemic recovery fund.

But with the jury still out on whether a post-Brexit trade deal can be found before a year-end deadline, the economic prospects for the 19-country single currency area are still anything but certain.

“In view of the second wave of infection and the renewed contraction of the euro economy, the ECB will do everything possible to keep financing conditions very favorable,” said an economist at German state-owned investment bank KfW, Fritzi Koehler-Geib.

Any additional stimulus would be “awaited almost as eagerly as the Santa Claus,” she said.