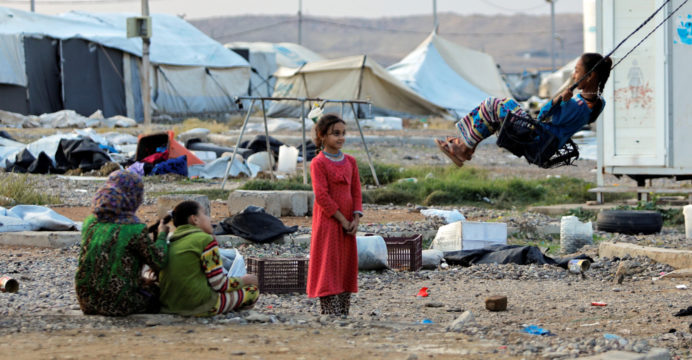 More than 80 million people displaced in the world: UN

Despite calls for a ceasefire and sympathy during the Covid-19 epidemic, violence and persecution continue and people are being forced to flee their homes. Currently, a record number of people have been displaced. The United Nations said on Wednesday.

The agency says 79.5 million people have been displaced by the end of 2019 and about 30 million have become refugees. Which is more than one percent of the world’s population.

The United Nations High Commissioner for Refugees (UNHCR) said preliminary data showed more people had been displaced by 2020. This number has exceeded 60 Million.

“We are currently crossing another terrible milestone,” Filippo Grandi, head of the refugee agency, said in a statement. If world leaders do not stop fighting, this number will continue to grow.

He added that the number of forced evictions has doubled in the last decade. The international community has failed to maintain peace.

In March, UN chief Antonio Guterres called for a worldwide ceasefire, saying the world was still struggling with the Corona epidemic, which has killed more than 1.5 million people.