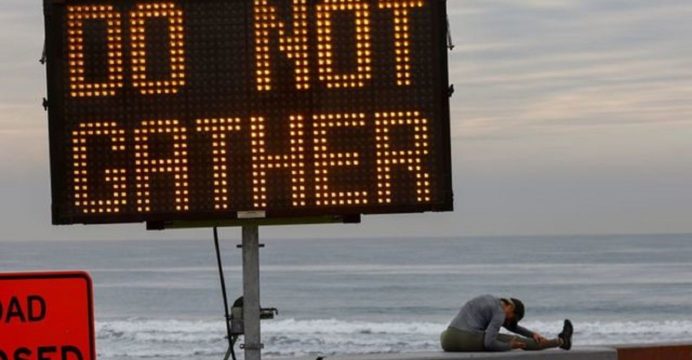 The moves affected about three-quarters of the nearly 40 million people in America’s most-populous state.

California Governor Gavin Newsom’s order allowed some schools to continue to hold classes. But the Los Angeles Unified School District, the state’s largest, closed campuses that had been partially open to offer in-person services and tutoring, affecting many special-needs students.

In San Francisco, Ellen Scanlon, 43, read with dread a closure notice at a playground she frequents with her 2-year-old. “I understand it, and we’re going to comply with it…but it’s been tough,” she said.

Dr. Anthony Fauci, the U.S. government’s top infectious disease expert, said on Monday the state’s action would “rescue them from possibly getting their hospitals overrun.”

Nationwide, COVID-19 infections are at their peak, with an average of 193,863 new cases reported each day over the past week, according to a Reuters tally of official data.